That the resignation was long overdue in the eyes of Mesa’s police unions.

The unions announced a vote of no confidence in Batista over the summer, and cited Batista’s criticism of officers involved in two use-of-force incidents.

Video of one such incident, which showed Mesa officers punching and kneeing a man to the ground, garnered national attention.

The unions took issue with Batista criticizing officers before an investigation took place. 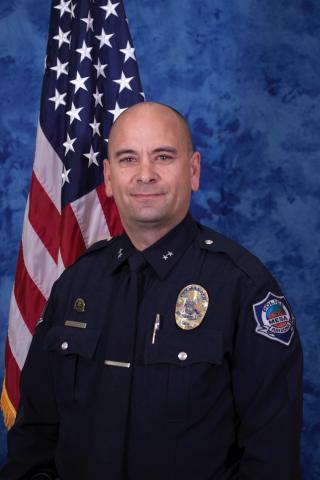 Still, Mesa City Manager Chris Brady praised Batista’s tenure at the department he’s led since 2017. Brady even singled out Batista’s implementation of training for use-of-force incidents and the low rates of violent crime under Batista’s leadership.

“Chief Batista has served this community well, taking over the department during some challenging times,” City Manager Chris Brady said. “He worked hard to connect with the community and provide expanded field training for our officers.”

"Chief Batista’s resignation marks the third leadership transition in less than a decade for our department. We look forward to working with the City Council and city management to find a long-term chief who will serve our city well," Pearson said in a statement.

Cost has worked for the Mesa Police Department for over 20 years.

His temporary appointment comes after Batista resigned on Monday. Police unions in Mesa voted “no confidence” in Batista over the summer, upset he criticized officers in use of force cases before investigations.

But Brady told the Arizona Republic the no confidence votes were not the reasons Batista resigned, other than “it just put stress on” Batista.

Mesa City Manager Chris Brady spoke with the Arizona Republic on the reasons for Batista's resignation. The Republic's Bree Burkitt joined The Show to talk about this development.