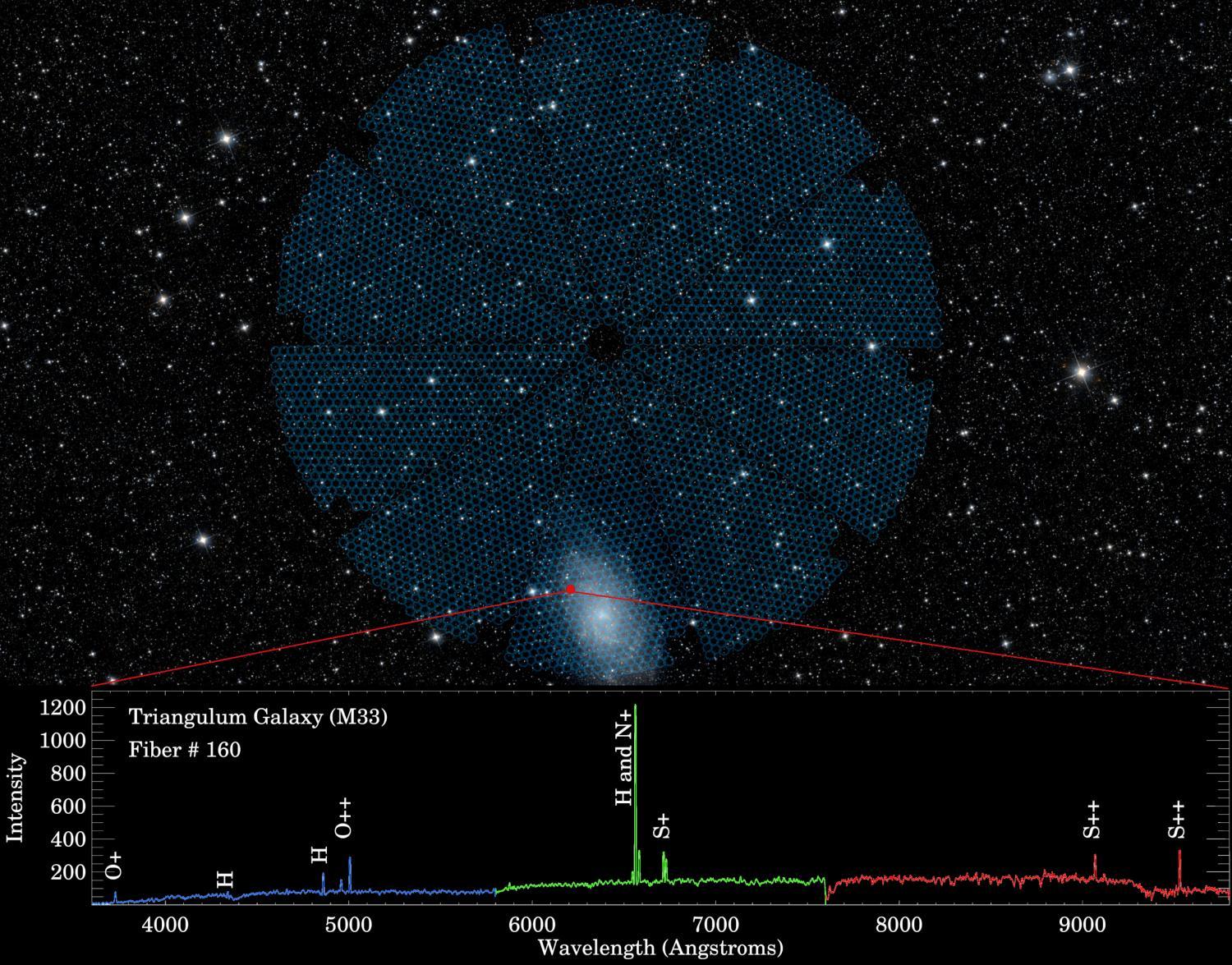 DESI Collaboration; Legacy Surveys; NASA/JPL-Caltech/UCLA
The light collected from a small region in the Triangulum galaxy (bottom) by a fiber-optic cable (red dot) is split into a spectrum (bottom) that reveals the elements in the galaxy and aids in gauging the distance to the galaxy.

Following a decade of research, development and assembly, final testing has begun on a new instrument at the Nicholas U. Mayall Telescope at Kitt Peak National Observatory near Tucson.

Its observations could improve scientists' understanding of the dark energy that makes up roughly 68% of the universe.

Explanations for the mysterious energy range from an intrinsic property of space to a blind spot in Einstein's theory of gravity, but no one quite knows how this repulsive force speeds up the expansion of the universe.

The Dark Energy Spectroscopic Instrument, or DESI, could change that.

DESI will use 5,000 independently-targetable fiber-optic light sensors and 10 spectrographs to measure the redshifts of 5,000 galaxies and quasars at once.

As an object moves away from an observer, its energy wavelengths lengthen: visible light reddens; then, as redshift deepens, moves into the infrared, microwave and radio bands. The amount of redshift indicates how quickly the object is receding and provides a useful proxy for how quickly the universe is expanding. 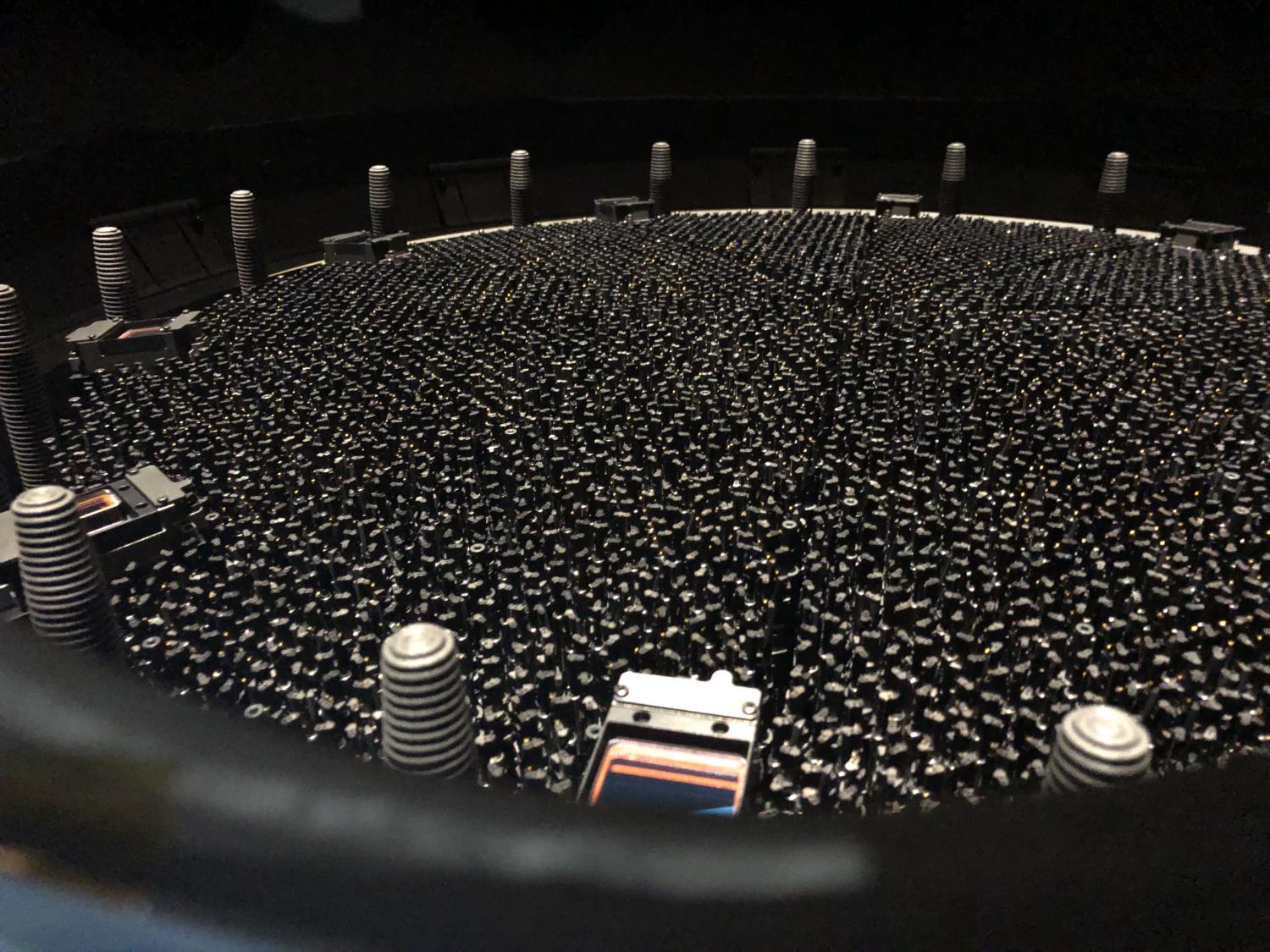 Prior to the Hubble Space Telescope, scientists remained unsure if the expansion of the universe would ever stop, but they believed it ought to slow due to gravity. But, in 1998, observations of very distant supernovae showed the universe's expansion was actually speeding up over time.

Scientists dubbed the cause "dark energy."

Xiaohui Fan is a professor at the University of Arizona, which developed parts of DESI and conducted an imaging survey that will help guide DESI's observation.

He says the data, which will map 20 times more quasars and galaxies than previous surveys, will inform other research as well.

"You can use them to study any kind of questions that you need a very large sample of galaxies and quasars to study. That includes how galaxies evolve, how stars form in the galaxy."

Over its five-year mission, DESI will observe 35 million galaxies and 2.4 million quasars. The brightest enduring objects in the universe, quasars emit intense light and heat as matter is torn apart in the accretion disks of the supermassive black holes that power them.

The instrument can peer up to 11 billion years back in time, to the toddlerhood of the universe, which is roughly 13.77 billion years old.

DESI is a collaboration of nearly 500 researchers at 75 institutions in 13 countries, including more than a dozen UA students, postdoctoral fellows and faculty. The Department of Energy's Lawrence Berkeley National Laboratory leads its construction and operations.

The instrument will begin observations in early 2020.