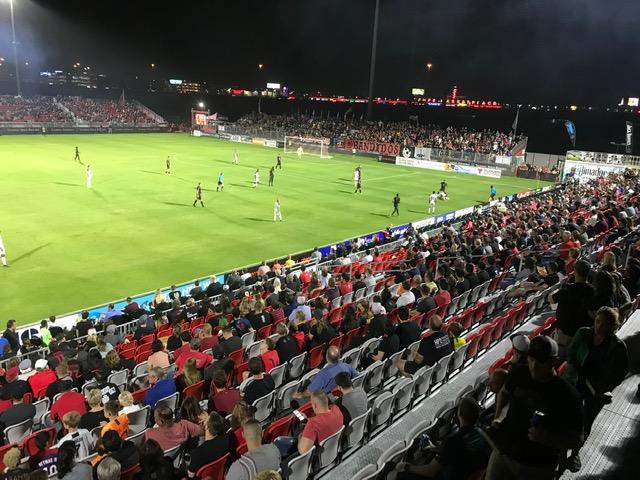 Phil Latzman/KJZZ
The Phoenix Rising fans fill the stands during a soccer match at Casino Arizona Field in 2019.

It isn’t just a soccer match. A Friday night at Casino Arizona Field is also an all-out party.

The stands are filled with 7,000 cheering and, at times, rowdy fans, many of them students from nearby ASU. It’s $1 beer night, and some are balancing beer cans while cheering and carousing

And the cacophony has served the Rising well. The club won a United Soccer League record 20 straight games this season, 12 of them in these friendly confines, while racking up the most points in league history. 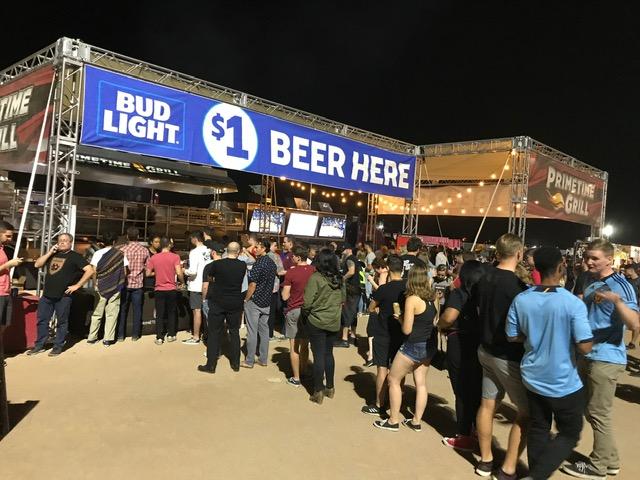 “Yeah, I think this is the best place in the league to play for me,” goalkeeper Carl Woszczynski said. He has spent five seasons in Phoenix, dating back to when the team was known as the Arizona United.

“I’m a goalkeeper so when they’re in this goal, they’re loud. When the other goalkeeper is in goal, it’s intimidating,” Woszczynski said at a playoff rally for the Rising last week. “You can’t talk to your defense. They’re all screaming at you. Everybody is screaming at you, harassing you and also cheering you on, so it’s invaluable for us.”

Rising midfielder James Musa believes the home crowd advantage has directly led to wins, even on the road.

“They’re a big reason why. If you look back a couple of weeks ago in New Mexico. It was an away game, and we had over a couple hundred there, and you look at Orange County in the Western Conference Finals, and there were about a thousand plus there, so the support always been fantastic," Musa said.

Many fans pay their own way in travel expenses to cheer the team on the road.

Why make the effort?

“You picked a good person to ask that. This team has my heart and soul,” said Monica McPherson, known as First Lady of the Rising as the team’s first-ever season ticket holder. “My voice echoes in empty stadiums, which I’ve learned some words come back and I’m like, oh! But I’ve waited seven seasons for this.”

Marco Medina has also been waiting as one of the franchise’s original Phoenix fans.

“It’s about reflecting the pride for the place you live in," Medina said.

Phil Latzman/KJZZ
Marco Medina leads the chants for the dedicated group of fans called The Bandidos.

Medina might the loudest of all. He writes the songs and leads the chants from the rag-tag group of fans known as the Bandiditos, which bangs on drums and sings all game long in the south end zone.

He said the team recognizes the importance of the fans, especially in this league.

“They know damn well that in a lower division, it’s good to have supporters that have their back, so we have a great relationship with them," Medina said.

And that brings us to the future. The goal for franchise owners is to ultimately join the big leagues in the MLS, North America’s largest pro soccer league.

With an already dedicated fan base that routinely fills up an 8,000-seat stadium, Phoenix will once again be under consideration if it can find a bigger and perhaps indoor venue to play during the summer.

“I hope not, but I think it will happen,” Medina said.

“Because the MLS has a very different standard for how fans should react. They want the NFL fan in a soccer stadium, whereas the USL — they want soccer fans in the stadium,” Medina said.

McPherson isn’t sure it would be such a good thing either, especially for her travel budget.

“I don’t know. MLS would change everything. It’ll definitely change my travel. Because it’s the whole United States opened up as opposed to just the western half," McPherson said.

My story about the fans special connection to Arizona’s most successful soccer franchise coming next week ⁦@kjzzphoenix⁩! pic.twitter.com/U5ZyzViFdX

In the immediate future, following the best season in USL history and after losing in the championship last year, midfielder Jon Bakero knows the Rising has some unfinished business.

“I think it’s important for us to realize what we’ve accomplished and what we’ve achieved, but that’s all behind us now. We start from zero and now it’s win or go home and there’s no margin for error," Bakero said.

That margin came perilously close in the first game of the postseason last Saturday when the Rising won a scoreless shootout to beat Austin.

Next up, another Friday dollar beer night against Salt City’s Real Monarchs.

With home pitch advantage throughout the playoffs, Woszczynski knows it’s time to bring back a title for the dedicated group of Bandidos that have his back.

But the last word goes to the first fan, McPherson who said she’ll be there no matter what.

“These are my friends, this is family up here, you know. I wouldn’t miss this," she said.