Maricopa County Board Of Supervisors Orders Audit Of Petersen's Office 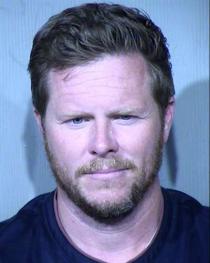 The chairman of the Maricopa County Board of Supervisors ordered an audit of the County Assessor’s Office to assure that no county resources were used to aid Assessor Paul Petersen’s private adoption law firm.

And the board met in executive session on Monday to research legal options to forcibly remove Petersen from office.

Petersen faces dozens of criminal charges in three states. The accusations trace back to what prosecutors called a fraudulent adoption scheme involving women from the Marshall Islands allegedly flown by Petersen to give birth in Arizona.

Those newborns were then put up for adoption, allegedly in violation of an international agreement between the U.S. and the Marshall Islands designed to prevent those adoptions.

With Petersen now in federal custody, he’s obviously unable to perform the duties of the county assessor, responsible for setting property values that determine how much Maricopa County residents and businesses owe in property taxes.

That doesn’t sit well with Board Chairman Bill Gates.

“We have a fiduciary responsibility as the board of supervisors to the taxpayers of Maricopa County, to all 4.5 million residents in Maricopa County,” Gates said. “And so, given the situation the assessor is in right now, it’s important we understand all of our options as a board to make sure that those taxpayers can continue to be protected and provided the customer service that they’re entitled to from Maricopa County.”

To that end, the board is working with new Maricopa County Attorney Allister Adel to determine if Petersen, who hasn’t resigned, would be struck from his elected office.

“We want to make sure that our elected officials, whoever they may be, are doing their job,” Gates said.

As chairman, Gates also unilaterally ordered an audit of the Assessor’s Office, which he said may be completed in a matter of days.

“We want to make sure that none of the county’s resources … were used in any way with respect to his outside legal work," he said.