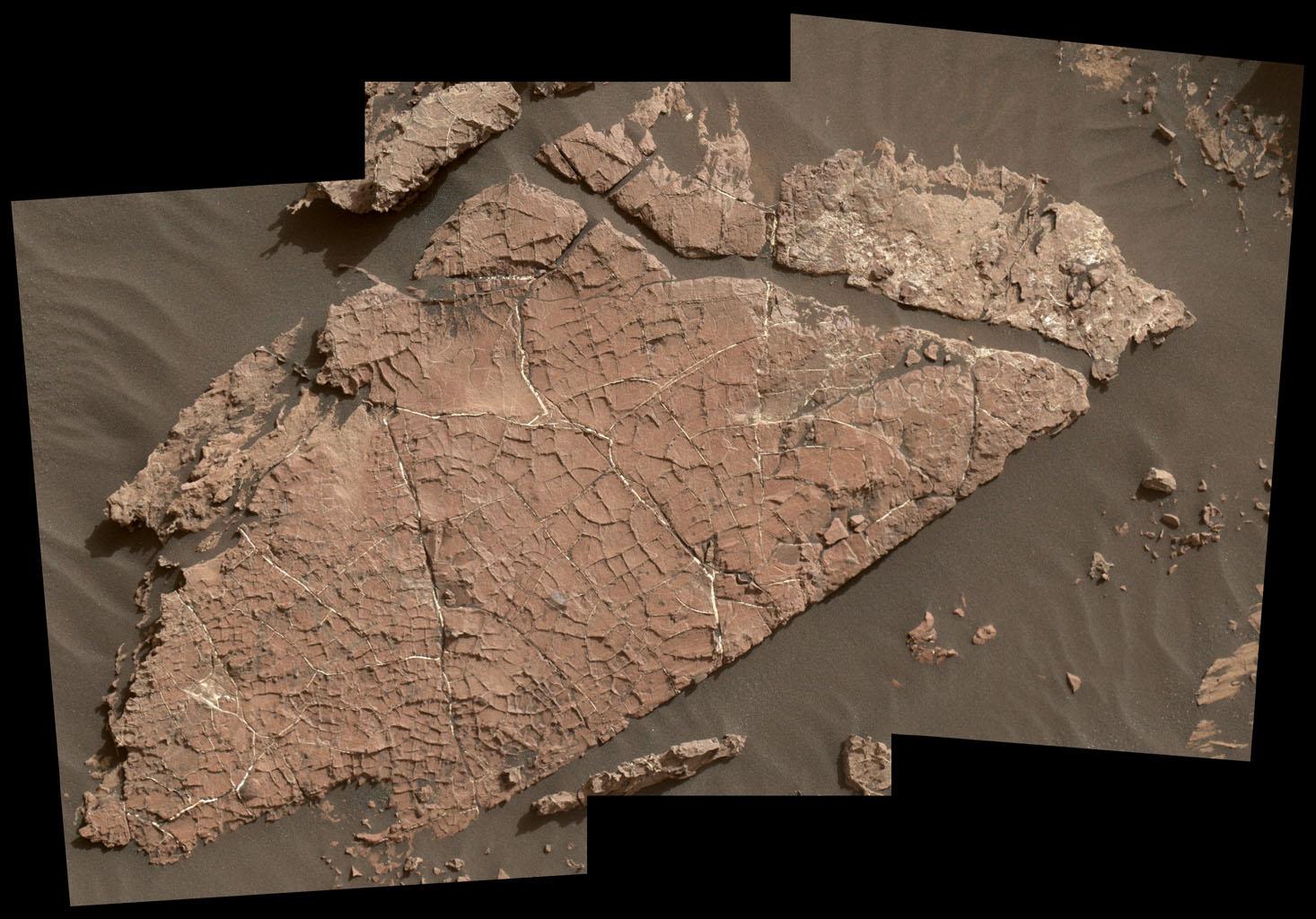 NASA/JPL-Caltech/MSSS
The network of cracks in this Martian rock slab called "Old Soaker" may have formed from the drying of a mud layer more than 3 billion years ago. The view spans about 3 feet left-to-right and was taken by the Curiosity rover's MAHLI camera.

As NASA's Curiosity rover trundles up the central mound of Mars's Gale Crater, it investigates younger and younger deposits — including geologic evidence of a wet ancient environment drying out.

The findings appear in the journal Nature Geoscience.

An abundance of telltale mineral salts previously encountered by Curiosity suggests that a series of scattered ponds and streams at the site grew increasingly briny as they dried out around 3.5 billion years ago.

Co-author Travis Gabriel, a postdoctoral scholar at Arizona State University's School Of Earth and Space Exploration, said the drying period might have been temporary or longer-term.

"Was it cyclical? Was it abrupt and things of that nature? Because it's very interesting to think about a planet whose climate goes from wet conditions to dry conditions. How exactly did that occur?" he said.

The presence or absence of salts as Curiosity continues its uphill trek will reveal more about how the climate evolved.