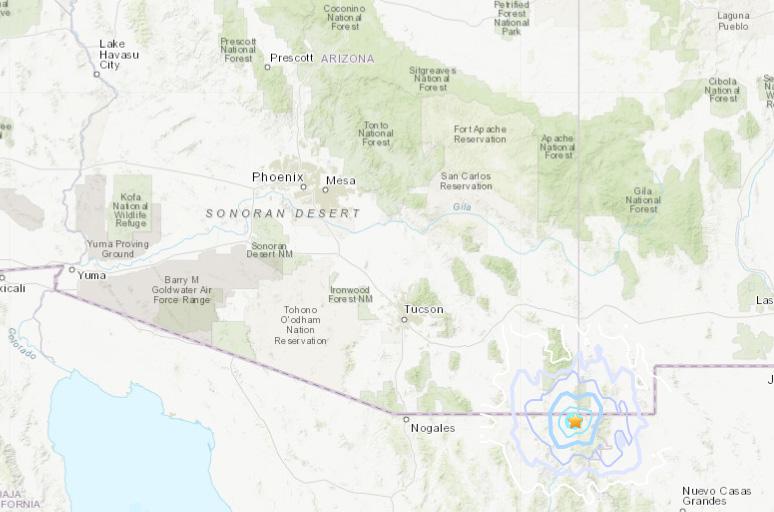 One on Thursday evening had a magnitude 3.9, followed by an early Friday morning magnitude 3.5 quake.

Philip Pearthree, director of the state’s Geological Survey, said there’s really no way to tell if the small magnitude quakes are an indicator of a larger one to come.

“It’s kind of more likely they’re really long aftershocks. We don’t know for sure, and it’s really hard to tell. Almost always it’s true that we don’t know that these earthquakes are precursors unless something bigger happens,” Pearthree said.

Pearthree said the quakes occurred off the northern end of the spot where the great Sonoran earthquake occurred in 1887 and was felt all over the state, causing damage as far away as Tucson.

The epicenter of the quakes was in Mexico.