Nonbinary Arizonans Struggle To Get Travel IDs Ahead Of Deadline 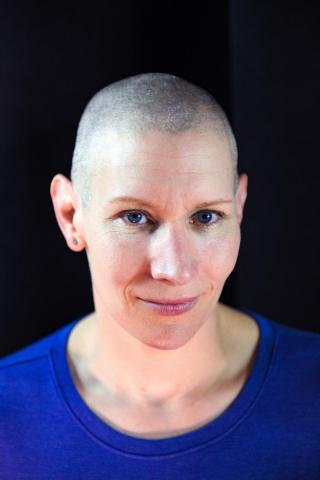 MARK BRODIE: In less than a year, Arizonans will have to make sure they have a Travel ID if they want to get on an airplane. That’s the ID with the gold star in the upper right corner. Travelers who don’t have one can use their passport, but a regular Arizona driver’s license will not be enough. Gov. Doug Ducey and Phoenix Mayor Kate Gallego earlier this year spoke at Sky Harbor, encouraging residents to avoid getting grounded.

KATE GALLEGO: We are committed to having America’s friendliest airport, but that will be a little bit harder to do if people are turned away by TSA. So we’re encouraging people to go out and get the new Travel ID as soon as possible.

BRODIE: The new requirement takes effect Oct. 1 of next year, and for many Arizonans, the process of getting a Travel ID is a fairly straightforward one: fill out the application, get your documents together and go to an MVD office or a third-party provider to get the ID. But, for some Arizonans, the process is considerably more complicated.

RUTH CARTER: My name is Ruth Carter, I am from Phoenix, Arizona, and I am one of the few people who are legally nonbinary.

BRODIE: That means Ruth is neither male nor female. And, in terms of pronouns, Ruth prefers “they.” I met up with Carter on a recent morning, as they tried to get an Arizona Travel ID.

CARTER: I have a nonbinary birth certificate from California, where I was born, and here in Arizona, I currently have a driver’s license that says "female," but I really don’t know what’s gonna happen when I try to get a Travel ID, because now my birth certificate says "nonbinary," and I don’t know if the state knows how to handle that.

BRODIE: You tried to get a Travel ID through MVD, and it seems as though that didn’t really go all that well.

CARTER: No. I took all the appropriate documents you were supposed to bring for your Travel ID down to MVD a little over a year ago. I filled out the paperwork and they said, "The computer only has M and F options for gender and if you don’t put in one of those letters, it will kick back an error." So I applied for a Travel ID, I completely complied with the requirements, and yet the system can’t give it to me because they say under AZ law, they only allow for male and female options for IDs.

BRODIE: So in order for you to get an ID, it sounds like the legislature needs to do something here.

CARTER: Exactly. And, the legislature has had bills put in front of them for the last two years, and both times, they did not pass.

BRODIE: Alright, so you tried MVD. We are now at a third-party storefront here, where you can get Travel IDs, driver’s licenses, things like that. Do you have any measure of optimism it’s gonna be any different here than it was at MVD?

CARTER: I assume they’re using the same computer system, so it will probably still kick back an error. I’m curious to see if anybody here has had any training about how to deal with a non-binary person.

BRODIE: Alright, well it looks like they’ve opened up, should we go check it out?

BRODIE: Carter estimates 2-3 % of the population is nonbinary, and says they’ve met people in the opposite situation as theirs. In those cases, people were born in Arizona, but now live in a state where they can get a nonbinary ID. But since they can’t get a nonbinary birth certificate from Arizona, they cannot get an ID that matches their gender. After spending a little while inside the third-party provider office on this morning, Carter leaves, as expected, without a new Travel ID. We spoke again outside.

CARTER: So, I attempted to get a nonbinary Travel ID. I presented my documents, the only one that had gender on it was my birth certificate, which said nonbinary. I filled out the forms, paid my money, and the clerk said, "we can’t do it" because, they said, the computer says that you only can put in M or F for sex, and if you put in anything else, it kicks back an error. So, they can’t issue me a Travel ID that matches my documents.

BRODIE: And that’s exactly what happened to you at MVD.

BRODIE: So, this has a couple of implications for you. One is very practical, in the sense that next year, you will need a Travel ID or a passport to get on an airplane, and if you cannot get a Travel ID, that complicates things for you.

CARTER: Yeah, it does. My question for the state now is, if I can’t get a Travel ID by next October, if I don’t have a passport, are you telling me I can’t fly?

BRODIE: What do you think you’re gonna do?

CARTER: I have a passport that’s incorrect because the State Department also will not issue me a nonbinary passport, even though it has been ordered to do so for another person, but that’s a whole other issue.

BRODIE: So, there’s also the issue, a sort of a philosophical issue, of you not being able to have an ID that accurately reflects who you are.

CARTER: Exactly. I look at this as if, what if the MVD didn’t have the option for green eyes for IDs? They only had brown or blue. What are you gonna tell somebody, that you have to claim to be something that you’re not?

BRODIE: What was it like for you, in there just now? How did you feel going through this? You kind of knew how it was gonna go, but it still looked like there was a little piece of you that was kind of pained.

CARTER: Yeah, it’s always challenging to watch people try to fumble with how do I deal with a nonbinary person. And, the person called their supervisor, and I really just bring up the practicality of like, OK, so you’re telling me I can do everything right, I can present you the documents you need, and you’re still essentially telling me that I don’t exist because you can’t process an ID that matches my gender.

BRODIE: And, we should point out that, as with MVD, the clerk inside was very pleasant about it, very polite about it, wasn’t causing a scene or anything. But, still, not able to get done what you needed to get done.

CARTER: Exactly. And, I watched the clerk call their supervisor. I found it puzzling that the person didn’t know how to say nonbinary, they had to spell it. But, I think that’s an issue of training within MVD. I think the clerks are really being put in a tough position, where their job is to process IDs, the customer comes in, does everything they’re supposed to do, and the clerk can’t do their job because the computer doesn’t have the option to put in X for nonbinary. They only have the M or F. So they’re just stuck, and they have to say, "There’s nothing I can do. I can’t override this."

BRODIE: It sounds like this is not a problem that is unique to Arizona, necessarily.

CARTER: Oh, jeez no. And, especially since Maricopa County is the fastest growing county in terms of population in the country, we are gonna have people coming from other states who have nonbinary IDs and even places like New York, where they will issue a nonbinary birth certificate from birth. The state may have people coming in who have never been identified on their documents as anything but nonbinary, And what’s the state gonna do with that? You can’t just tell somebody, you have to say you’re something you’re not.

BRODIE: It really sounds like this is going to get more complicated, as opposed to less.

CARTER: I’m afraid you’re right, and it really shouldn’t be. I don’t see why it’s so hard to just go into the system, and just add one more option for that field. You know, M, F, X. That’s all they really have to do to be able acknowledge that nonbinary people exist, and the fact that our state won’t do it is really frustrating, because it doesn’t change who we are, and we deal with enough backlash from just the general population saying that we’re mentally ill, that we don’t exist, that it’s a fad, there’s a lot of things that we hear about. But, when the state says you don’t exist, that feels like you’re saying that people with green eyes don’t exist. Like, that just doesn’t compute in my brain.

BRODIE: Carter referenced efforts in the legislature to change this, to include an option for nonbinary people. A bill introduced this year in the state House to do that did not get a hearing. In an email, its sponsor, Sahuarita Democrat Rosanna Gabaldón, says she does plan on introducing the bill again next session. A spokesperson for House Speaker Rusty Bowers said the speaker would hold off on commenting until he can review any relevant legislation that’s introduced for next session. A spokesperson for Gov. Ducey similarly said they don’t comment on pending legislation, or legislation yet to be filed. Among the states that currently issue nonbinary birth certificates and/or driver’s licenses are California, Colorado, Nevada, Oregon and Washington. Carter says they’re hopeful it won’t come down to a lawsuit to make that change in Arizona, and that they’re optimistic things are changing here, albeit slowly.