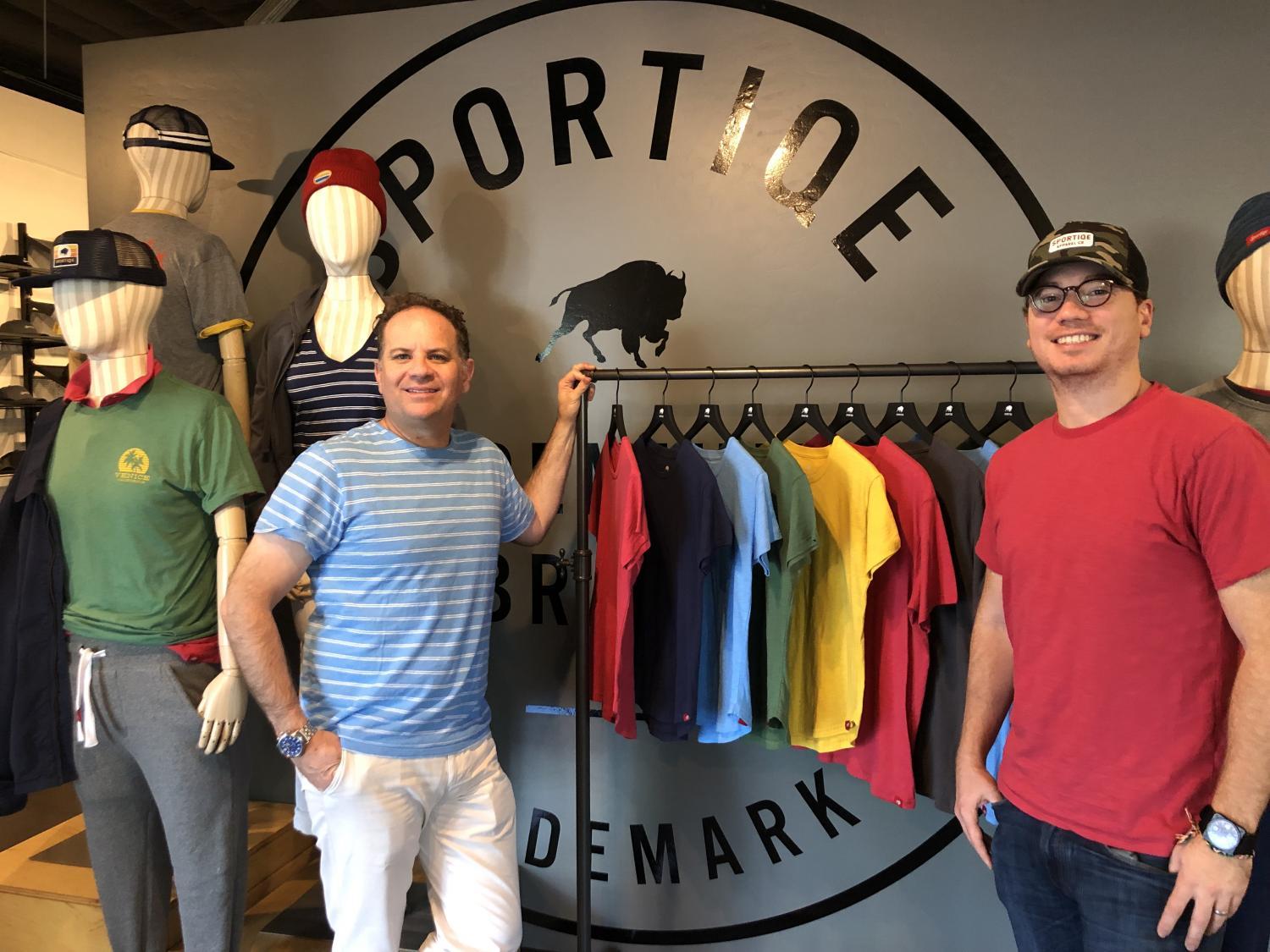 Inside an unassuming storefront in a Tempe office park, you’ll find racks and racks of clothes designed by and for Sportiqe. The Valley-based apparel brand is growing quickly, and now works with companies like the NBA, Live Nation, WWE and Sierra Nevada.

Co-founder Jason Franklin said fashion has been a life-long passion, both his great-grandmother and grandmother were clothing designers.

"I started in the industry when I was 11 years old, designing baseball hats, and then moving on to sell said baseball hats, as well, in the licensed sports industry," he said. "One of my accounts, several years after I got started, was the Arizona Diamondbacks and the Phoenix Suns."

Franklin said he eventually met Matt Altman, the two hit it off, and realized that if they wanted to reach their entrepreneurial goals, they’d have to start their own company.

The company started as a wholesale operation, but launched a division to let consumers buy directly in 2017. It sells both licensed and non-licensed clothes, but co-founder and CEO Matt Altman said the former has really been a big boon.

Altman referred to Sportiqe as a premium apparel company, and he said there’s a balance to achieving the company’s goals of selling comfortable, fashionable clothes that potential customers can afford to buy — a plain men’s or women’s T-shirt sells for $28, sweatshirts can run between around $50-$60.

"We wanna be premium and quality, but we also want to be competitively and fair priced, Altman said.

Since they formed Sportiqe in 2006, they said they’ve outfitted more than four million people around the world. And, since they launched their direct-to-consumer division a couple of years ago, they said they’re on track to see their sales rise 100% by the end of this year.