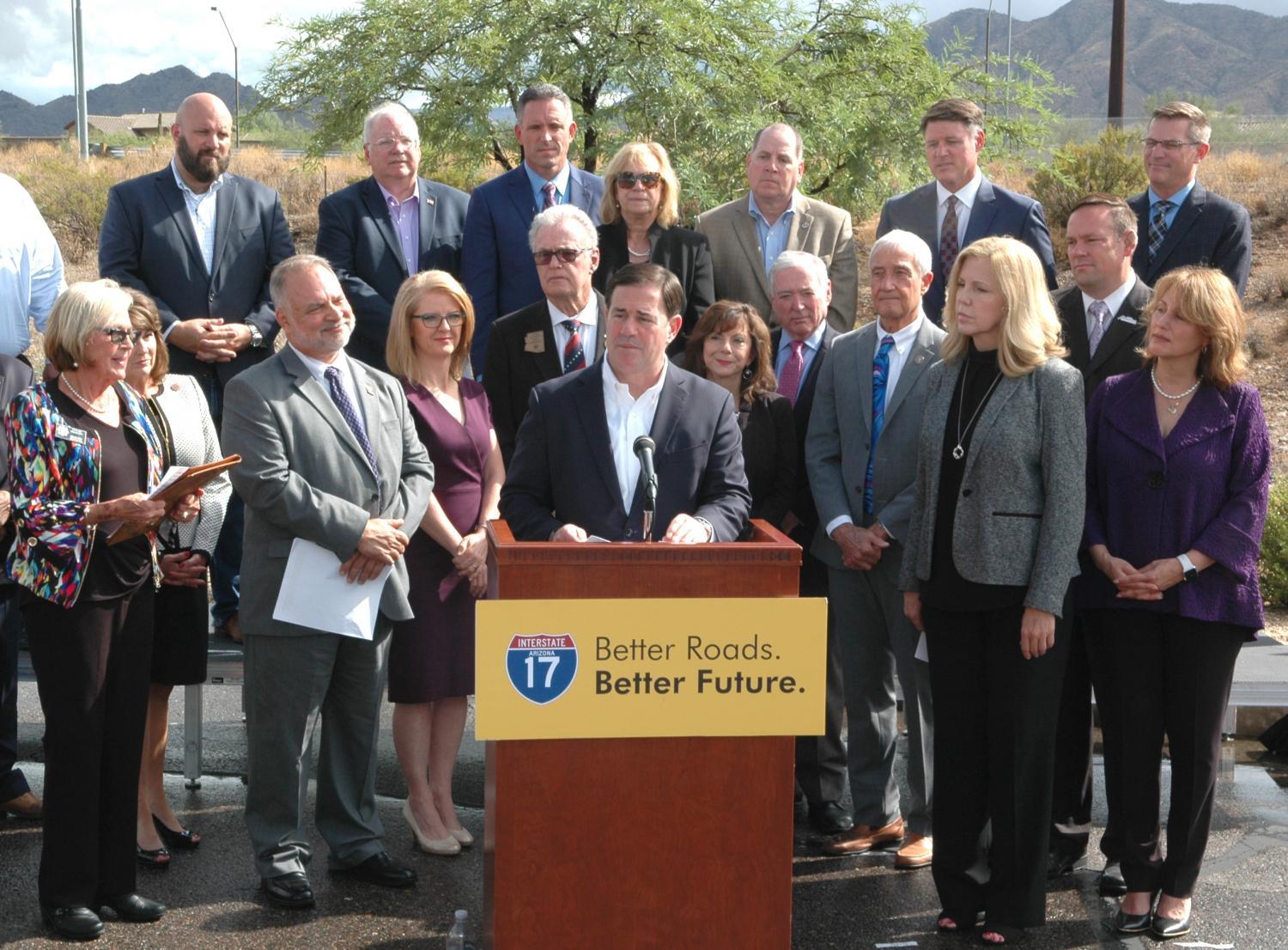 Howard Fischer/Capitol Media Services
Gov. Doug Ducey on Thursday touts the benefits of widening a 23-mile stretch of I-17 north of Anthem, a project paid for with a state surplus.

Weekend warriors will have an easier time escaping Phoenix thanks to more than $300 million of investments for Interstate 17 — but not for another few years.

"It is the major north-south route for highway travelers. And we are well aware of the backups that may occur whenever there's a closure, often for crashes and disabled vehicles or for brush fires, and these closures are required," Halikowski said.

Those flex lanes will be available to drivers heading northbound during congested Friday afternoons and can be converted to aid southbound drivers heading back to Phoenix after a weekend spent in Northern Arizona.

Flex lanes can also ease congestion if there’s a closure in an existing lane.

Lawmakers approved $130 million in this year’s budget to pay for the project. Those funds are supplemented by another $50 million from the Maricopa Association of Governments and a $90 million federal grant.

Construction won’t begin until early 2021 and should be complete by 2023.