A Voice, A Vote: Mesa Students Learn The Gifts Of U.S. Citizenship 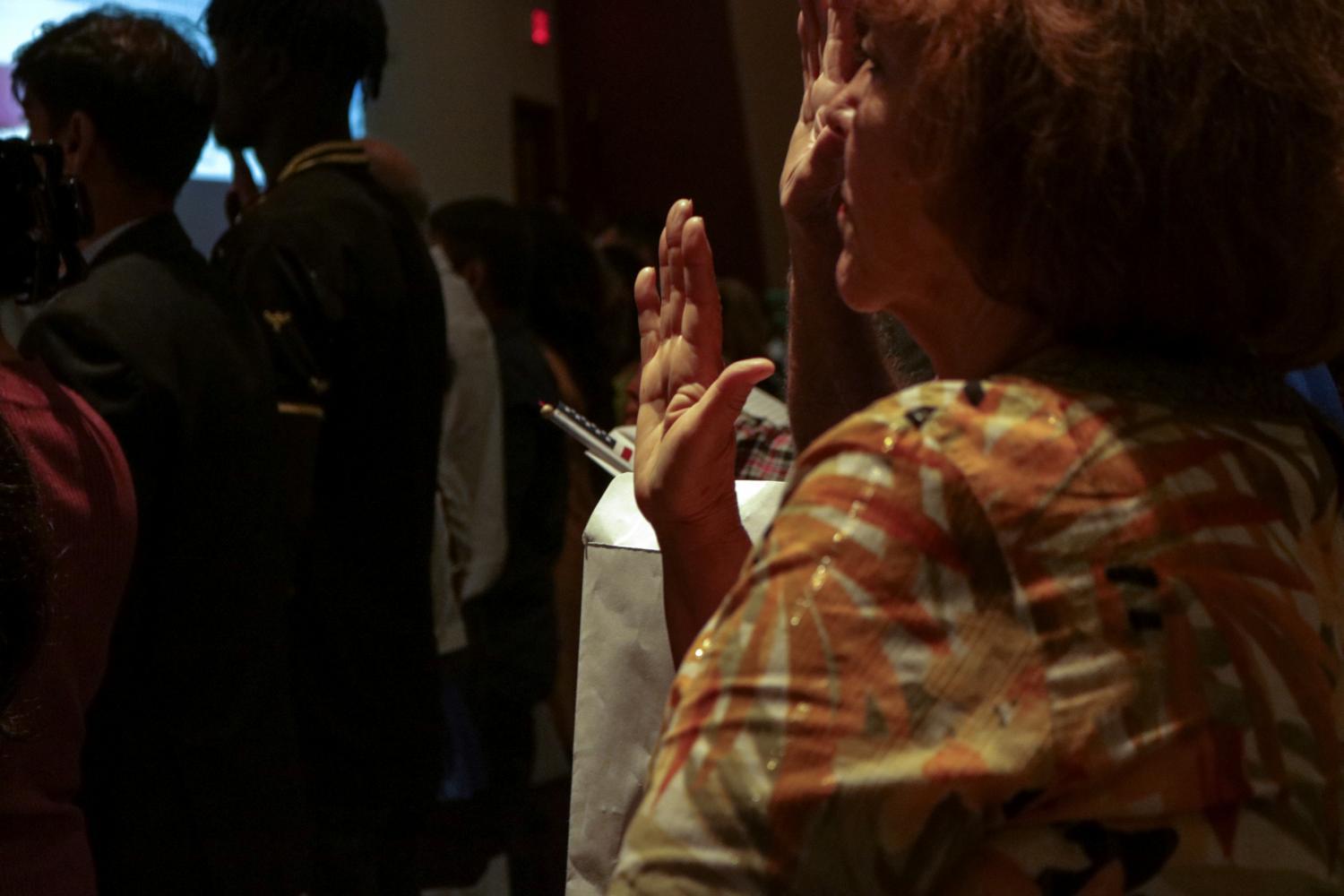 Mariana Dale/KJZZ
108 new citizens of the U.S. took the Oath of Allegiance together Thursday, Sept. 19, 2019, at Skyline High School.

More than 100 people from 35 countries became citizens of the United States in a ceremony at Mesa’s Skyline High School on Thursday.

Friends, family and hundreds of students from around the district were in the audience.

Jarrett Garcia teaches government and economics at East Valley Academy. He said the Naturalization Ceremony is a lesson on the 14th Amendment come to life.

“We thought this would also be a good emotional experience for them and they tend to take that with them long after they graduate high school,” Garcia said.

His school has a credit recovery program where students who have fallen behind can catch up.

“They work very hard, many of them work two jobs and go to school and they’re good kids,” Garcia said.

One of those students is Norma. We’re not using students’ last names to protect their privacy. 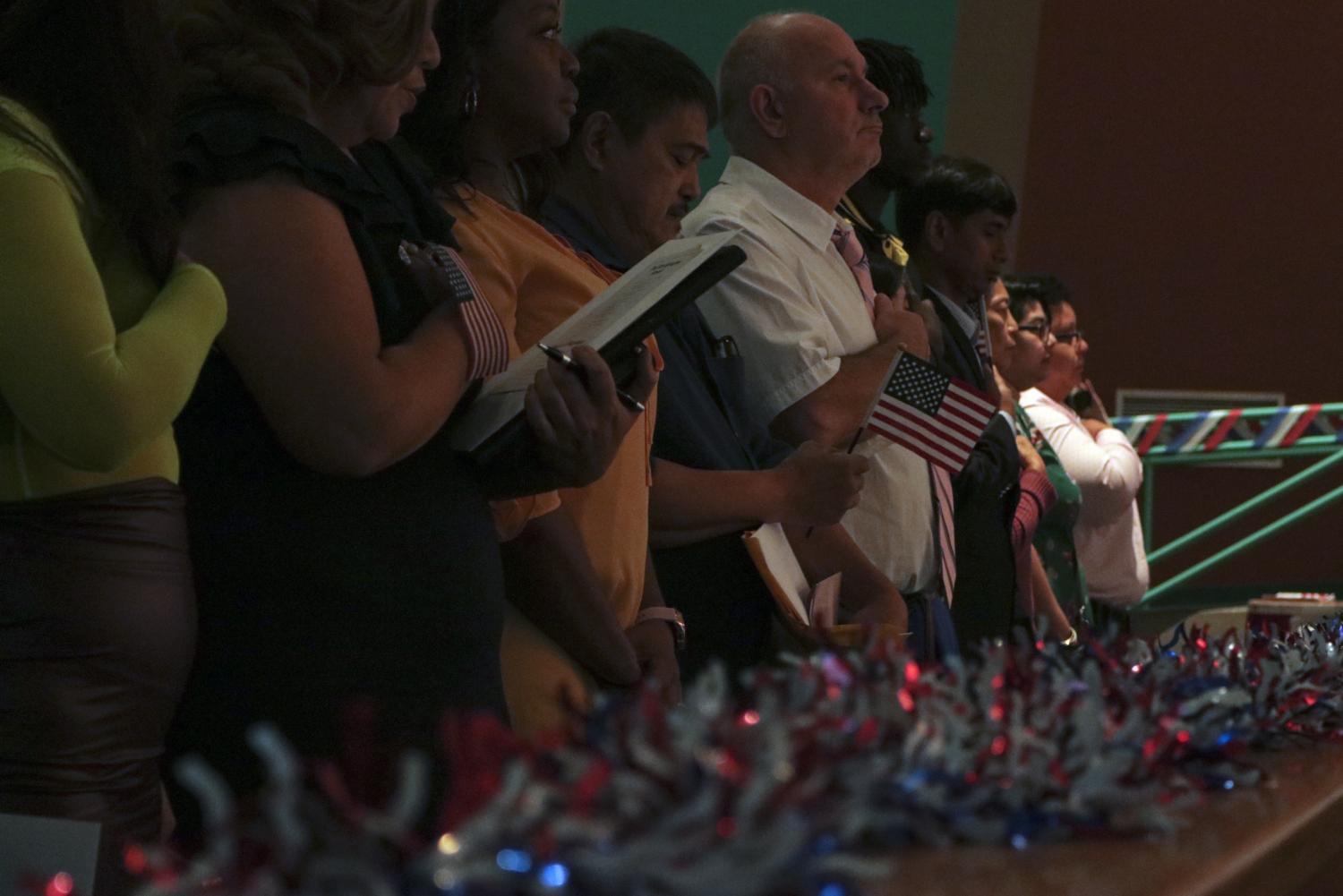 Mariana Dale/KJZZ
Soon-to-be citizens place their hands on their hearts as the Skyline Choir sings the National Anthem.

She came to the U.S. from Guadalajara in the state of Jalisco, Mexico, more than a decade ago.

When I asked how she felt at the end of the ceremony, tears filled her eyes.

“Sorry,” she said, pausing. “I think these people left feeling really happy and lucky to do this.”

Norma said she’s a legal resident now and has three years left until she can become a citizen.

“I think it would be really nice to vote for the people who run our country and like our states and our cities, that would be a really nice thing to feel proud of,” she said.

A few of Norma’s classmates reflected on their own family’s journey to citizenship.

“I was there when my Mom got hers, it’s a big deal,” Diana said.

“People don’t realize how much of a big deal this is,” said Wendy. “It’s hard to become a citizen, not everybody gets to.”

Wendy hopes one day her mom, who’s a resident originally from Mexico, will have the opportunity.

'Making A Difference In The Place Where You Belong'

The keynote speaker was Norma Huerta, a Mesa Public Schools family literacy liaison and adult education clerk and an “official” American as of 2018.

“My objective was not to obtain the American dream because for me the dream was just that — something you wish to happen,” Huerta said. “For that reason I strived to obtain an American goal, because in order to reach a goal, you must create a specific plan and work hard  to accomplish it.”

She recalled the ongoing and difficult process that is learning English and embracing new traditions like Thanksgiving.

“I enjoy having turkey and other American ingredients for dinner without forgetting the tamales on the side,” she said as the audience laughed.

In addition to her work helping children and adults learn, she volunteers to help other immigrants prepare to take the citizenship exam. 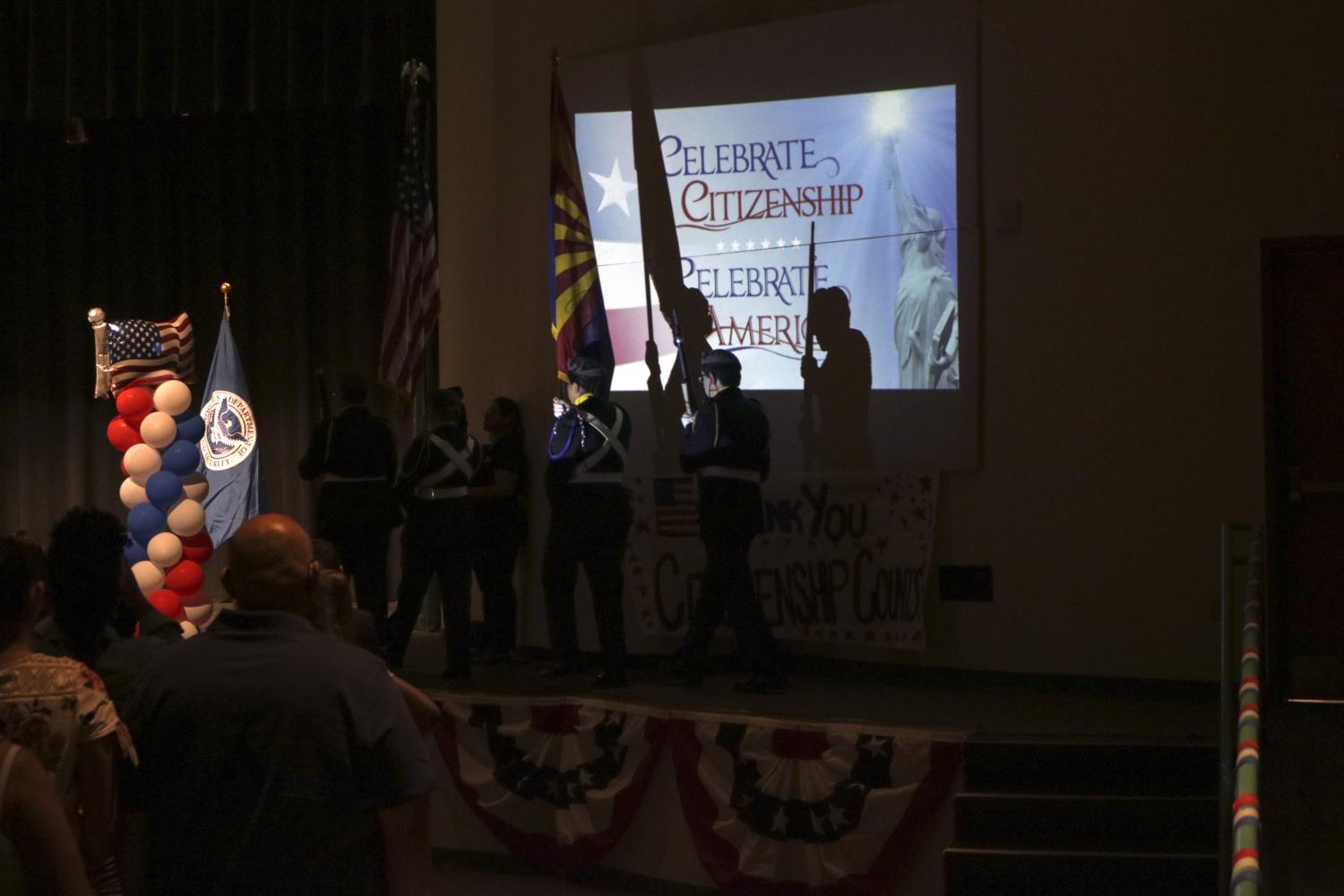 “I believe that volunteering is a way to start making a difference in the place where you belong,” Huerta said and encouraged every person to try it.

“We need to do a better job of telling your stories to our children and our grandchildren and to the public at large so they can be reminded of the tremendous honor that it is and the sacrifice that people go through to be citizens of this great country,” Giles said.

He encouraged the new citizens and the students in the audience to vote, volunteer and participate in their community.

“The most un-American thing I can think of is being intimidated, being shy, being reluctant to express your point of view or to vote,” Giles.

That was the very reason Monica Magaña that motivated to become a citizen.

“To be able to vote, to make my voice count, to make sure the opinions that I have were out there for people to know,” Magaña said.