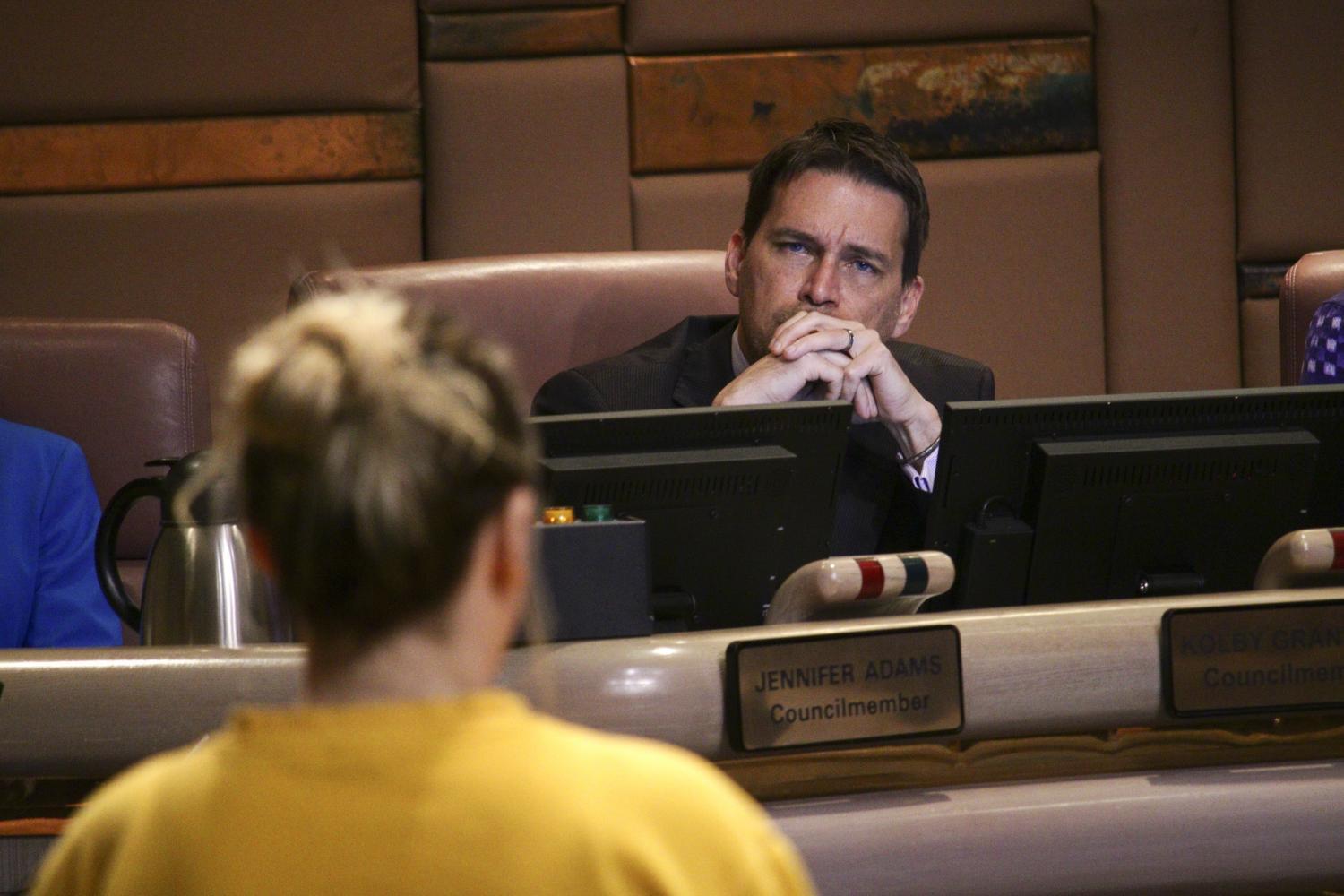 Mariana Dale/KJZZ
Kolby Granville listens to public comment on April 12, 2019, from a woman who says she was a former student in his class.

Tempe Preparatory Academy fired Granville from teaching in December 2017. Three former students of the charter school accused Granville, who was not their direct teacher, of making unwanted sexual advances and providing them alcohol while they were underage after they graduated. Granville denied the allegations to the Arizona Republic.

The Tempe City Council voted to remove Granville from office earlier this year.

“I believe the women,” said Councilwoman Lauren Kuby at the April 13 public meeting. “Councilmember Granville has lost the trust of this body and the trust of the community.”

The Arizona Department of Education also investigated Granville, but he surrendered his certification in August, which pre-empted a public hearing.

The State Board of Education will vote on whether to accept Granville’s surrender Monday, Sept. 23.

The surrender means Granville is ineligible to teach in an Arizona public K-12 school for at least five years. A teacher who surrenders their certification is not admitting guilt.

Granville did not respond to a request for comment.