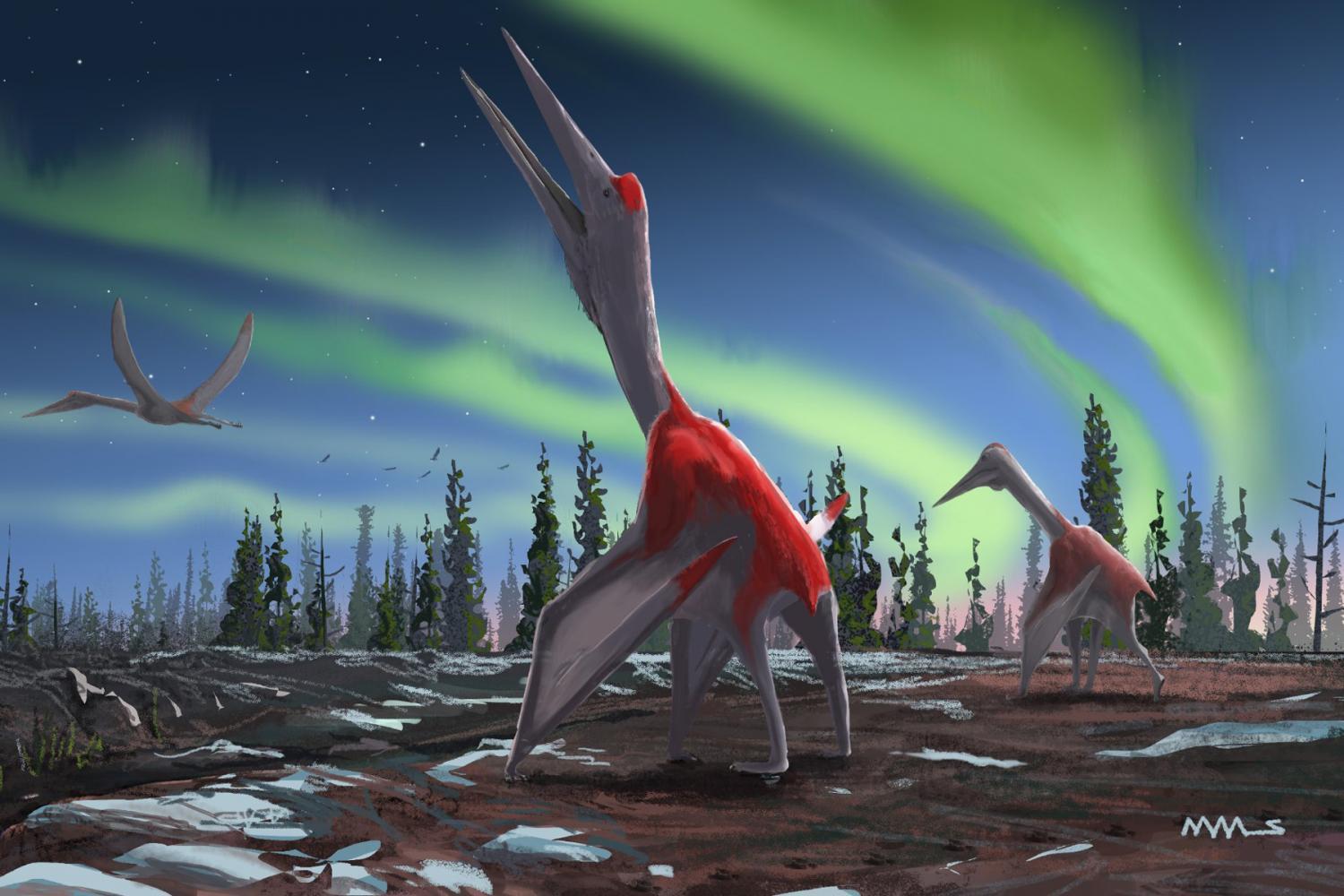 Scientists have discovered a new species of ancient flying reptile based on fossils unearthed in southern Alberta, Canada. They’re calling it Cryodrakon boreas, the “Frozen Dragon of the North Wind.”

The findings appear in the Journal of Vertebrate Paleontology.

Thanks to limited and fragmentary fossils, the azhdarchid family of pterosaurs are nearly as mythical as the dragons their Uzbek name describes.

The storklike carnivores dwelled beside and ancient inland sea in a climate akin to modern Louisiana. They could grow to 13 feet tall with a 30-foot wingspan.

That preservation was essential for distinguishing the new genus and species from its slightly svelter cousin, Quetzalcoatlus.

“If you've just got a wing, it's very difficult to tell exactly what species you have. If you've got a neck to go with it, then you can tell. And we fortunately have a neck,” Habib said.

Pterosaur skeletons are strong but light because their bones contain spaces for small balloonlike structures in their respiratory system.

The fact that the arrangement of these balloons in the neck vertebrae differs from species to species provided the key clue that C. boreas was new species.

Prior to this discovery, the Dinosaur Park Formation has produced plenty of dinosaurs, but few pterosaurs — which, as Habib explained, are not dinosaurs.