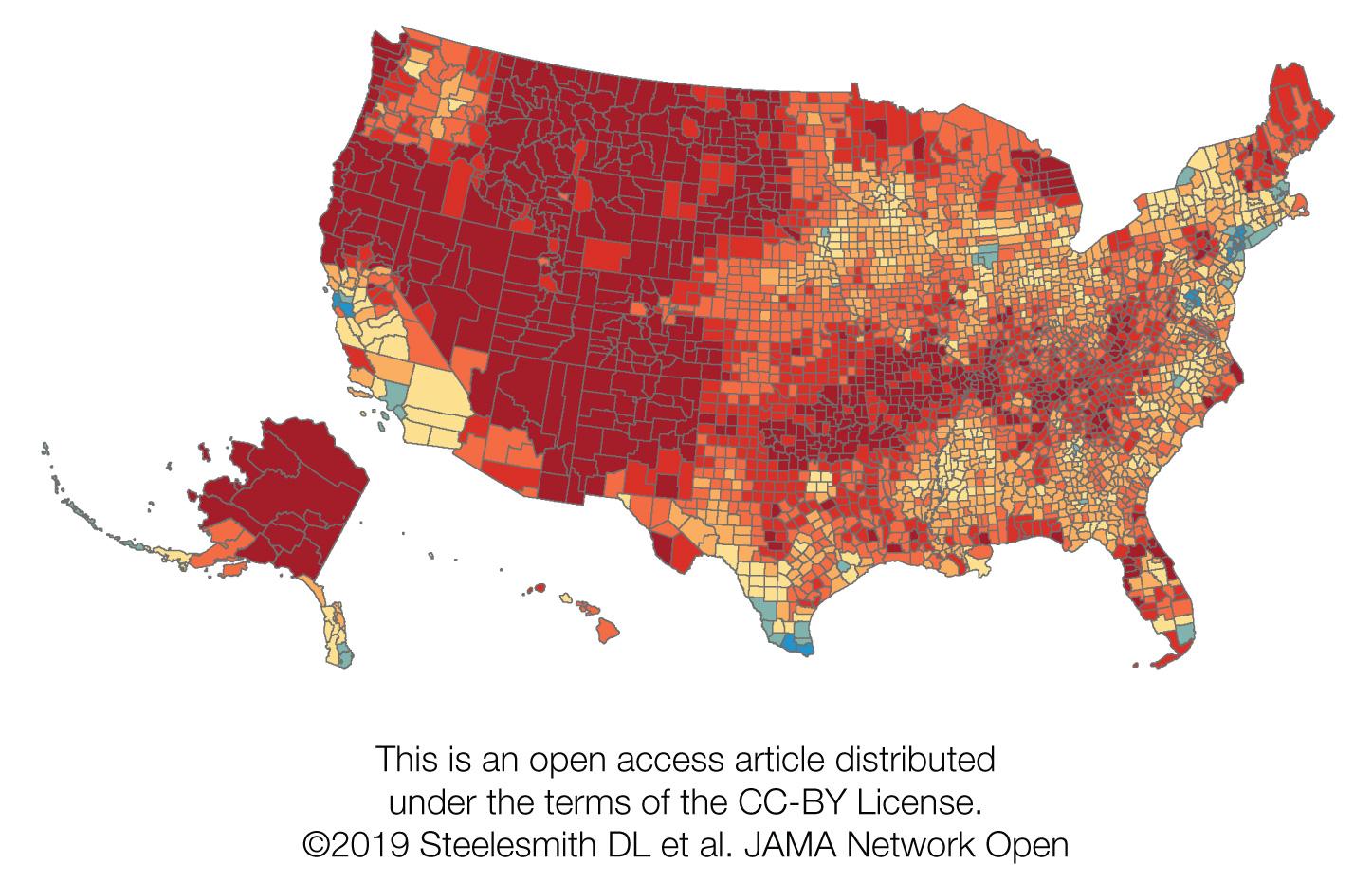 Suicide ranks among the 10 leading causes of death in the U.S., and rates are on the rise. Now, new research relates suicide rates to socioeconomic factors at the county level.

The study appears in the journal JAMA Network Open.

But questions remain regarding the effect of socioeconomic factors and their effects on suicide at the county level, or how those effects vary among rural, suburban and urban communities.

When lead author Danielle Steelesmith of Ohio State University looked at factors affecting suicide rates from 1999-2016 at the county level, she found the greatest increase in the most socially and economically deprived rural counties.

"That was kind of surprising to see that deprivation had a larger impact on suicide rates in rural counties than it did in more urban counties," she said.

Her study defined deprivation as a combination of levels of education, occupation and employment. It also incorporated income, poverty and welfare assistance, as well as housing tenure and quality.

Arizona counties, which all had higher-than-expected suicide risk, ranked high in deprivation and other suicide predictors, such as having large numbers of gun shops, a high percentage of veterans and a large percentage of uninsured individuals.

The counties also ranked low in the one factor in the study associated with lower suicide risk: availability of amenities and social support.

According to the paper, examples of such social capital include "charities, arts and nature facilities, beauty and barber shops, agents and managers, spectator sports, recreation sites, business and political organizations, civic and social associations, and religious organizations."

By the end of that time span, such a doubling also held true for Gila, Graham, Greenlee and Cochise counties, with La Paz and Pima not far behind.