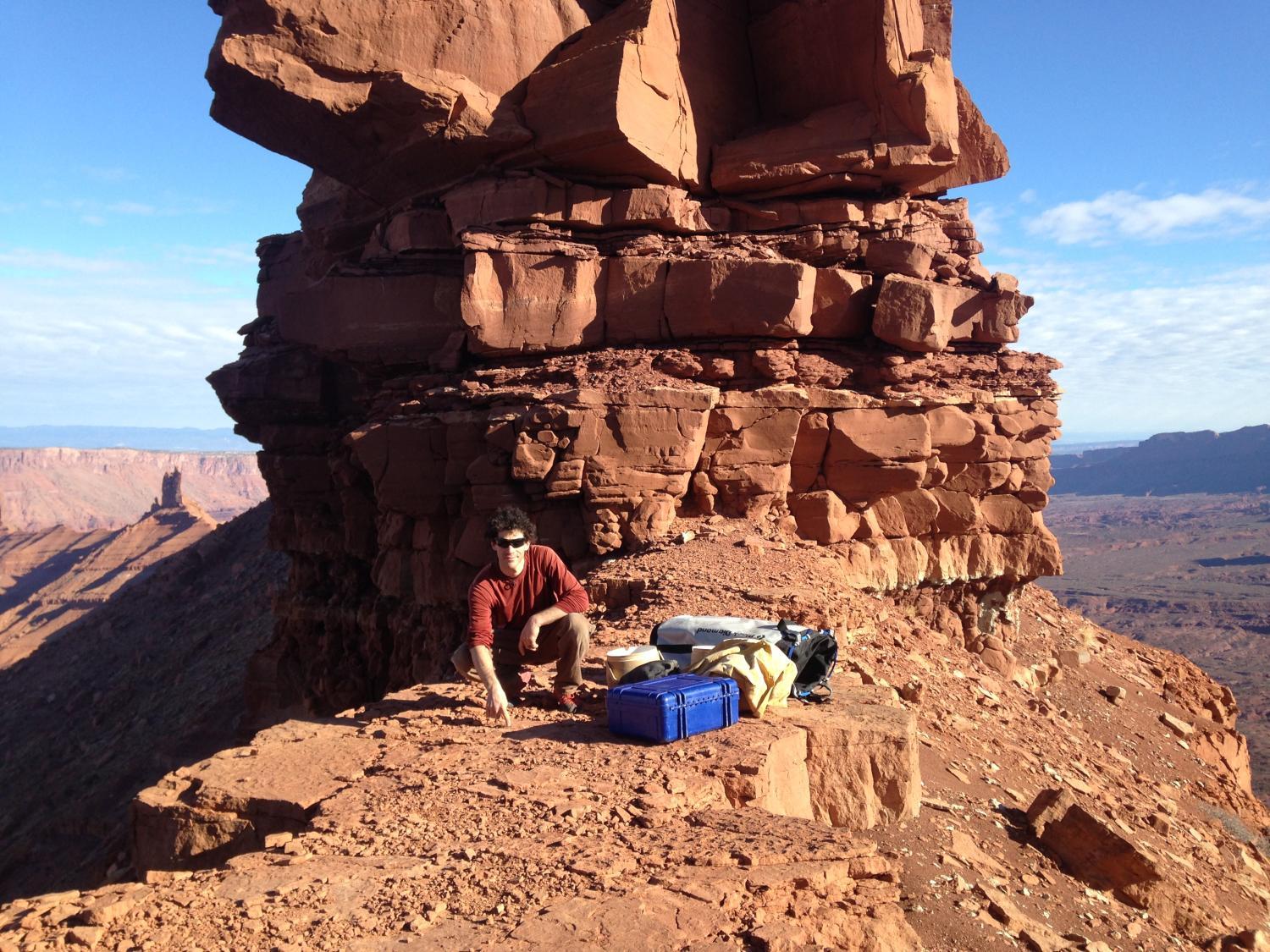 Castleton Tower, a red rock monolith near Moab, Utah, vibrates like a tuning fork, albeit a very slow one. Now, scientists have measured its frequencies.

The findings appear in the journal Bulletin of the Seismological Society of America.

Taking full advantage of the landmark's status as a climbing destination, scientists recruited two climbers to lug their equipment 400 feet up to Castleton Tower's crown.

When researchers compared readings from that seismometer to one on the ground around 300 feet from the base, they found the sandstone monolith flexed its full height, like a cantilever, roughly once per second.

Actually, the tower flexes in two perpendicular directions: one every 0.8 seconds, the other every 1.0 seconds.

Jeff Moore Lab/University of Utah.
This visualization exaggerates the movement of Castleton Tower in its primary resonant frequencies.

"We can predict how these towers react with relatively simple models, which allows us then to take the findings here at Castleton Tower and we can now take that to other similar-shaped features," he said.

Castleton Tower, also known as Castle Rock, is a single piece of Jurassic Wingate sandstone atop a ridge crest. Its relatively uniform structure made it an ideal subject for this study.

Geimer said the team could apply the method elsewhere to study less-accessible structures, including sacred sites, from a distance.

"It gives us a way to monitor these natural landforms, anytime of the day and any month of the year, to detect changes to the integrity of the rock and measure how they react to stimulus around them," he said.