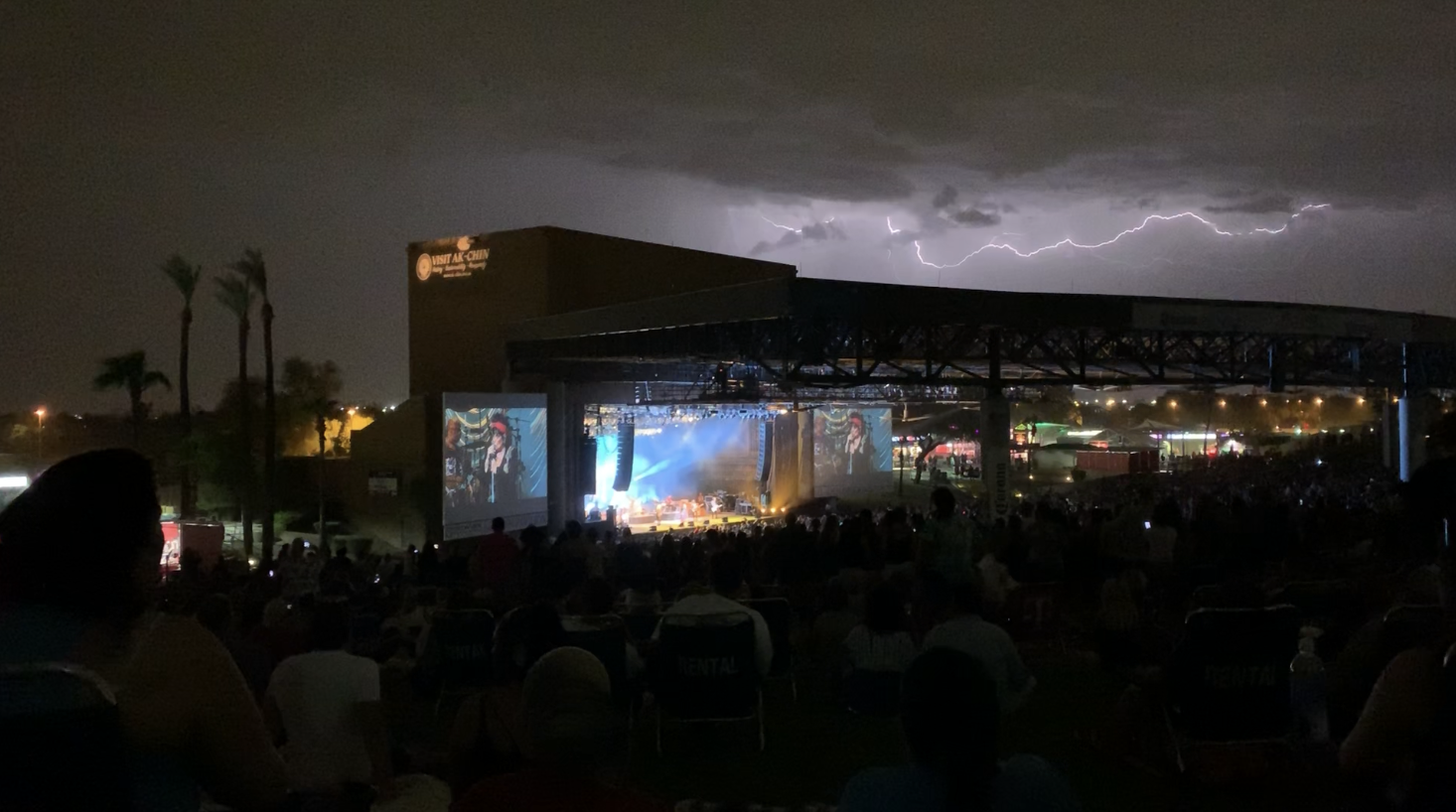 This monsoon season had been on pace to set a record for the least amount of rain ever, but a storm Wednesday night finally gave us quite a show — with lighting, thunder, heavy rain and even some flooding in parts of the Phoenix metro area.

Andrew Deemer, meteorologist with the National Weather Service, said some places like Chandler and Gilbert got almost no rain while others, like Moon Valley in Phoenix, got over an inch of rain.

"There were actually quite a few gauges with half an inch to an inch going out west to Sun City West, but also including portions of Mesa," said Deemer. "There are some spots there that also got over an inch.”

Flooding caused the Arizona Department of Transportation to stop traffic on Interstate 17 underpasses at Thunderbird Road. Phoenix Fire crews responded to a few calls about tree fires, but the department spokesperson, Mark Vanacore, said there was nothing out of the ordinary.

“We didn’t have any major structural fires last night per se," he said. "But, just the wind and the rain creating problems and knocking things over and power lines down and people without power.”

The previous record for least rainfall during a monsoon storm is 0.35 inches at Sky Harbor. The rain gauges there recorded just 0.14 of an inch of rain, but enough to ensure we won’t break that record.