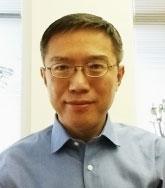 About 15-20% of people have tinnitus, according to the Mayo Clinic, but scientists have struggled to find an effective treatment target. New research led by the University of Arizona College of Medicine - Tucson has identified one promising candidate.

"Drugs targeting specific, individual mechanisms will not cover all the components. And we're trying to look for something that controls all these components," said co-author Shaowen Bao.

The findings appear in the journal PLOS Biology.

Tinnitus is not a condition but rather a symptom of other disorders like age-related hearing loss or ear damage. It can arise from problems in the brain's auditory system, damage to hairs on auditory cells or even turbulence in the carotid artery or jugular vein, which run past the ears.

Because it can stem from, and cause, a number of neurological and auditory system problems, tinnitus is tough to treat.

But many of these factors could arise from an inflammatory response that gets caught in a harmful feedback loop.

In noise-induced hearing loss, that inflammation response causes an increase in cell-signaling proteins called cytokines in the primary auditory cortex. These, in turn, activate microglia.

Microglia play an essential role in neural development, but they also form the first line of immune defense in the central nervous system.

Microglia remove pathogens and scavenge damaged brain cells, but they also can release proinflammatory cytokines, which then further activate microglia, creating a loop than can imbalance the system.

When Bao and colleagues tried varying a key cytokine in this loop called tumor necrosis factor alpha, they found they could increase or decrease tinnitus symptoms in rodents.

"By, you know, targeting this mechanism, can we modulate all the components that cause tinnitus? If we can do that, then we can attenuate or eliminate tinnitus," he said.

Bao cautions these are rodent studies, and human trials, if they happen, would lie years in the future.