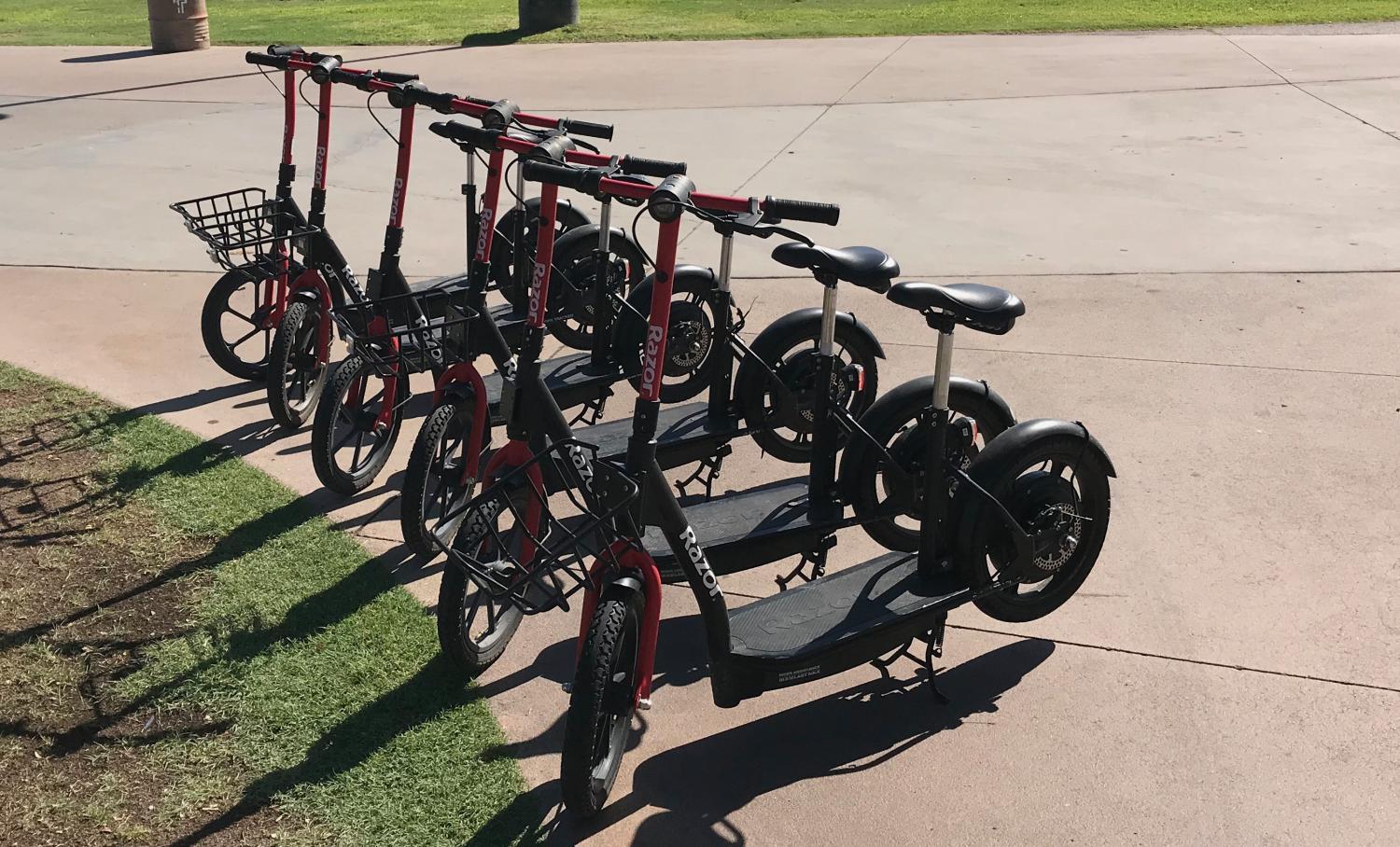 After more than a year of public meetings and research, Tempe City Council approved new rules for riders of electric scooters and other types of transportation at its meeting Thursday night.

“Ultimately, I think riding bikes and scooters in the city of Tempe will be safer tomorrow than it is today as a result of this ordinance,” said Councilman Randy Keating.

Scooters and bicycles must ride with the flow of traffic, in existing bike lanes and on the street if the speed limit is below 25 mph.

“The drivers are much more likely to notice you in the bike lane then they would be on the sidewalk,” Keating said, citing research reviewed by the city. “It’s really about safety.”

People on bikes and scooters will be able to ride on the sidewalk where the speed limit is above 25 mph and there aren’t any bike lanes.

Minors will also have to wear a helmet when using any human or non-human powered vehicle. That includes bikes, skateboards, scooters — both electric and traditional — and roller skates.

Riders of all vehicles will need to share the sidewalk with pedestrians, yield the right-of-way to them and communicate when passing.

Fun fact, this also applies to folks on vehicles that might pass by a horse on a shared-use path.

The catalysts were the influx of electric scooters and the resulting injuries.

“If you’re out and about in the City of Tempe, you’ll see that scooters follow zero traffic laws,” said Mayor Mark Mitchell  at a council meeting in July.

The city worked to put the regulations in place before students returned to ASU.

In all, there were several dozen pages of ordinances updated and they apply to everything from electric bikes to pedicabs.

Underlying all the specifics, there’s one main concept: whether your vehicle is powered by pedaling or electricity, you can’t ride in a way that’s unsafe for the people and property around you.

Tempe Police will have the power to give people a first-time citation of $100, but the emphasis is going to be on education at the beginning.