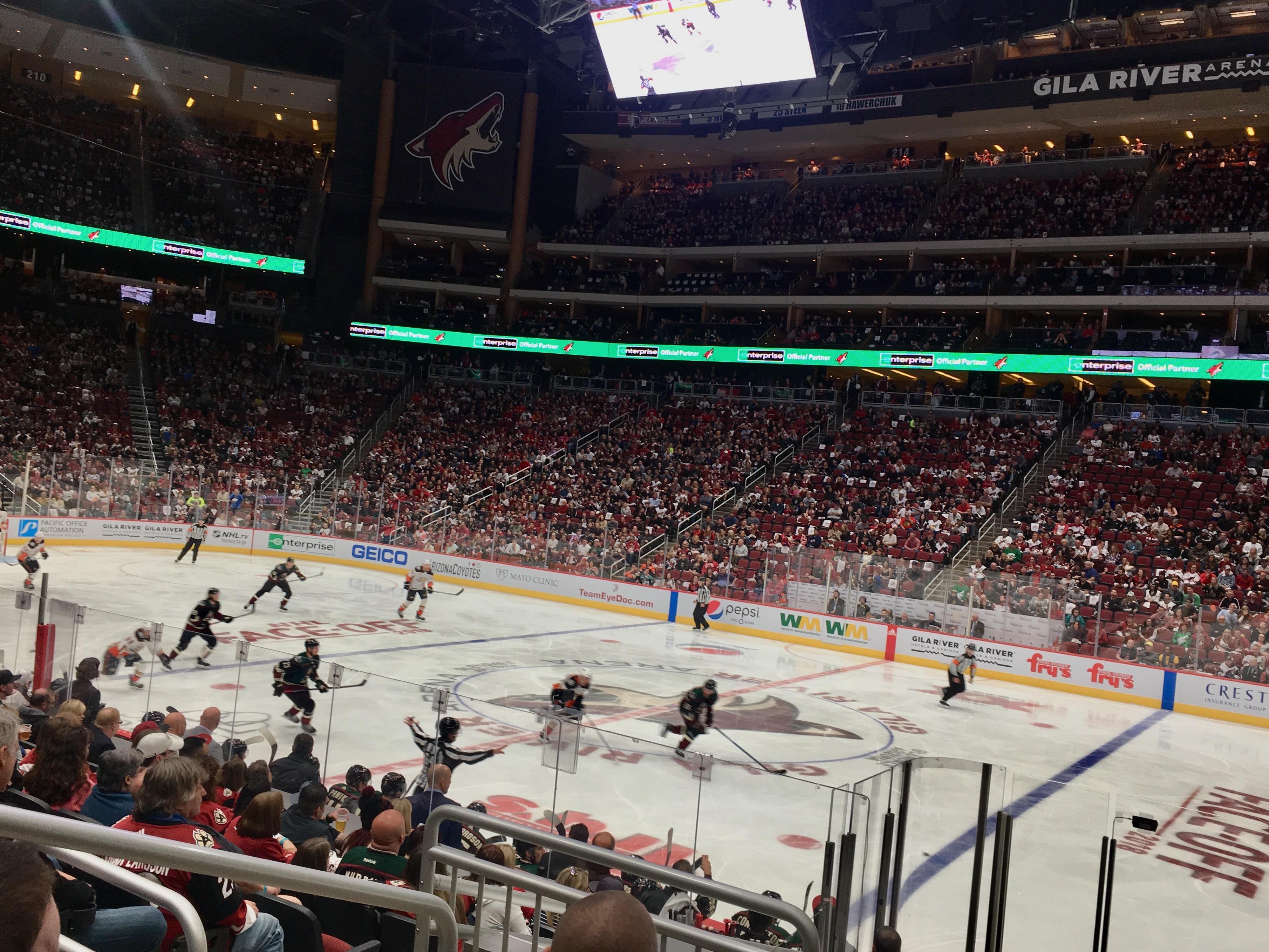 Amanda Luberto/KJZZ
The Arizona Coyotes on the ice in Glendale in 2019.

The Arizona Coyotes are now officially under new ownership, and the new boss says he’s committed to keeping NHL hockey in Arizona.

The closing of the transaction gives billionaire businessman Alex Meruelo controlling interest in the franchise from Andrew Barroway, who will keep a minority stake.

The Coyotes, who have tried unsuccessfully to move the team from Gila River Arena, have had an uncomfortable relationship with Glendale. But in a team statement, Meruelo said he looked forward to quote “helping hockey continue to thrive in the desert” and is committed to "providing our passionate fans, loyal partners and the entire State of Arizona with a team they can be proud of for years to come."

OFFICIAL: Alex Meruelo has purchased controlling interest of the Coyotes, making him the first Hispanic majority owner in @NHL history.

On Thursday, Meruelo dispelled rumors that he might want to move the Arizona Coyotes out of the state.

Meruelo said he wants to secure a new arena for his team here in Phoenix.

He hopes his story inspires others.

The Coyotes have had numerous owners since moving to Arizona from Winnipeg in 1996.