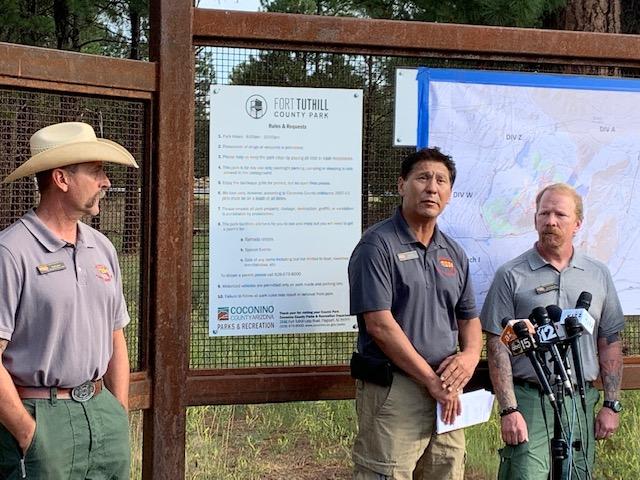 Laurel Morales/KJZZ
The Type One Incident Commander Rich Nieto, who took over Monday evening, told reporters the fire is still at zero containment but it was too cloudy to do an infrared map of the blaze. So he suspects that number will change soon.

Fire crews are dealing with gusty winds as they battle the Museum Fire burning more than two and a half square miles north of Flagstaff.

Firefighters are using a web of trails and forest roads to try to box the fire in and keep it away from homes.

Six hundred people are working to contain the fire, now at about 1,800 acres. Operations chief Todd Abel said the winds from storms in the area have made fighting the fire a challenge.

"The last couple days we've had pretty intense fire behavior," Abel said. "Ponderosa pine-mixed con will carry fire very well so that's been a struggle for us. Yesterday with some of those outflow winds we did get some spot fires thrown over on the east side here, which had us reacting and moving resources over there."

Abel said the two neighborhoods that have been evacuated are not threatened at this point.

"The reason we went to that 'go' in that area was because for public safety and firefighter safety," Abel said. "Get those folks out of the way so we can be in there doing our work and making sure those houses aren't impacted."

Rain could bring some relief but Abel said they're also looking at the potential for flooding on the mountain watershed. 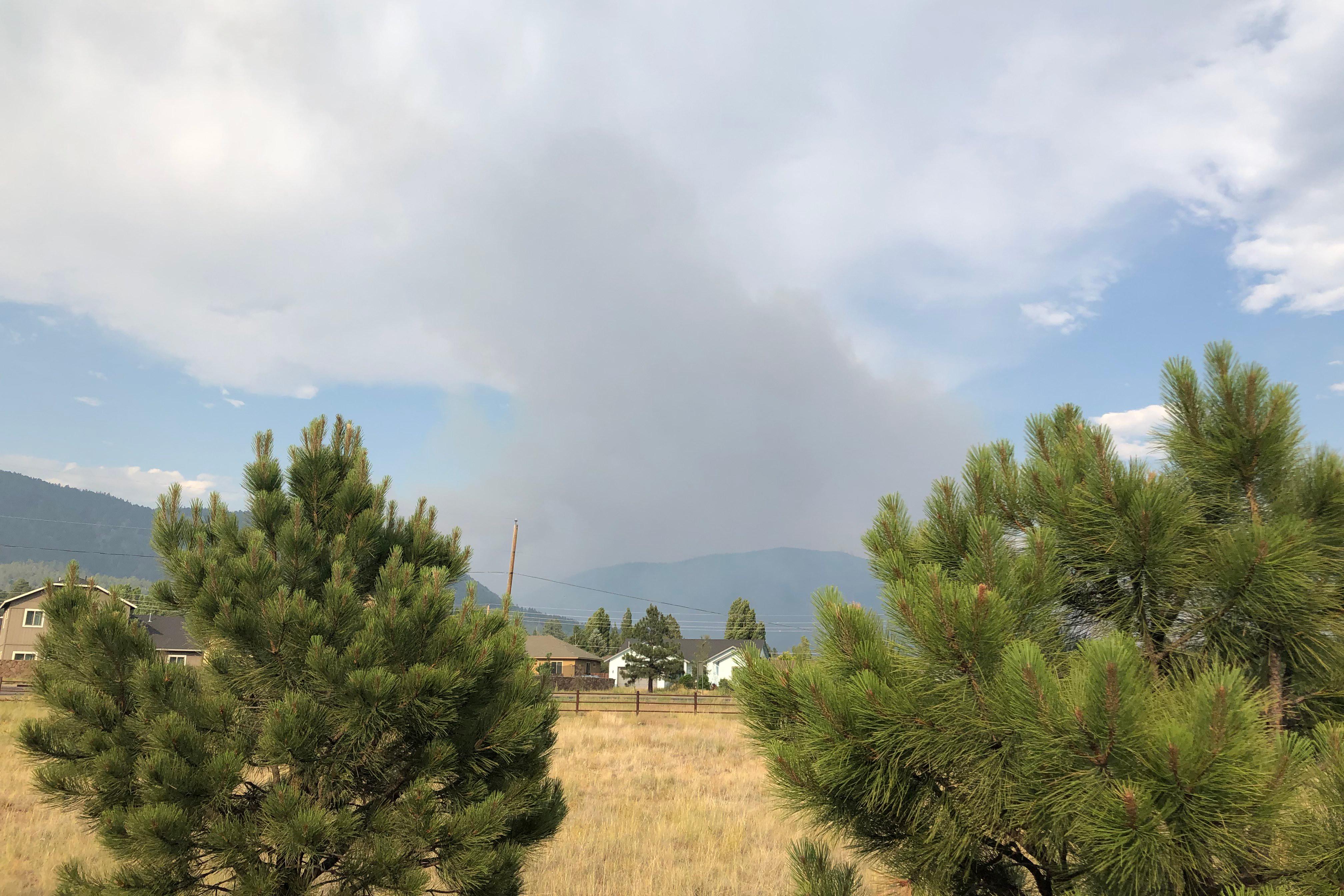 The Type One Incident Commander said the Museum Fire is the top priority for resources in the region.

There will be a public meeting at 6 p.m. at Flagstaff High School.

Flagstaff resident Celia Barotz was told to be ready to evacuate Monday night.

“Everyone’s just sort of hanging out waiting to see if we’re gonna get the go, but some people have actually already left," she said. "We’re loading up our cars with important things that we need to have. We don’t know how long we’ll be gone.”

Fire officials are keeping a close eye on the weather in Flagstaff. National Weather Service meteorologist Brian Klimowski said monsoon storms are very likely over the next few days.

Klimowski said there are other potential impacts — both good and bad.

"It certainly will benefit the firefighting efforts by helping to limit the growth of the fire with the rain and the higher relative humidity," Klimowski said. "But there's another side to that coin and that is the flood threat, if heavy rain hits the fire scar."

The majority of the fire is within the Spruce watershed, where flooding may occur. County officials have provided sandbags for neighborhoods in the potential path of those mudslides — Mount Elden Lookout Estates, Paradise Road, Grandview Drive and Sunnyside. Officials also encourage residents to purchase flood insurance for the protection of their homes.