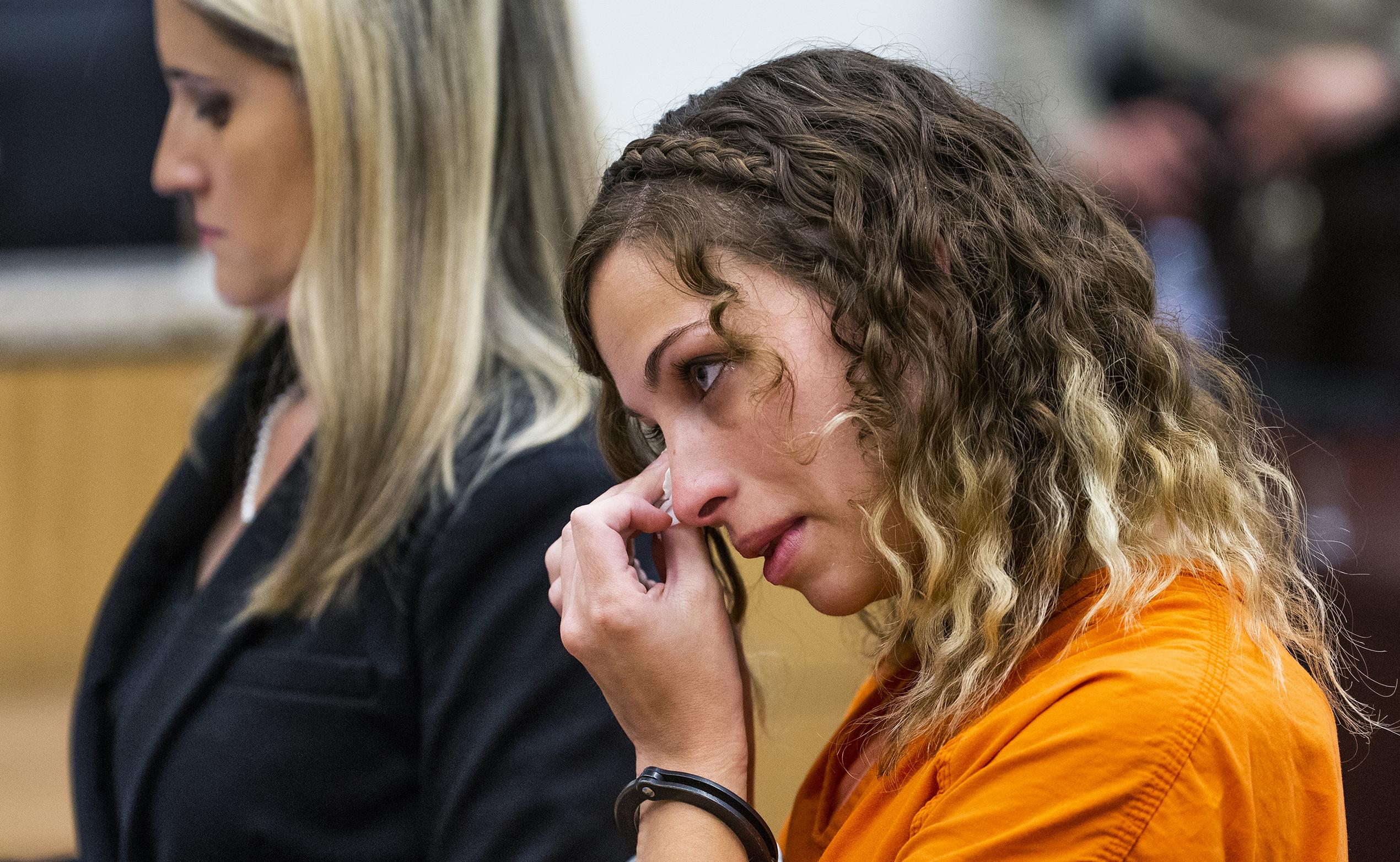 Arizona Republic/Pool
Brittany Zamora at her sentencing on July 12, 2019.

On the heels of a 20-year sentence for sexually assaulting a 13-year-old student, the attorney for former Goodyear teacher Brittany Zamora spoke to reporters following the sentencing hearing.

Lawyer Belen Guerra said the state and the media have wrongfully portrayed her client.

“I can tell you that she is not a monster. Brittany is not a predator. This was not between a young child and Brittany. This was a teenager," she said.

Guerra also said the teenage boy was “aggressive and persistent.”

A statement from the victim’s mother said Zamorra, who pleaded guilty to charges, stole her son’s innocence and that her son is dealing with depression and anxiety.

Zamora's sentence was handed down by a Maricopa County Superior Court judge Friday.