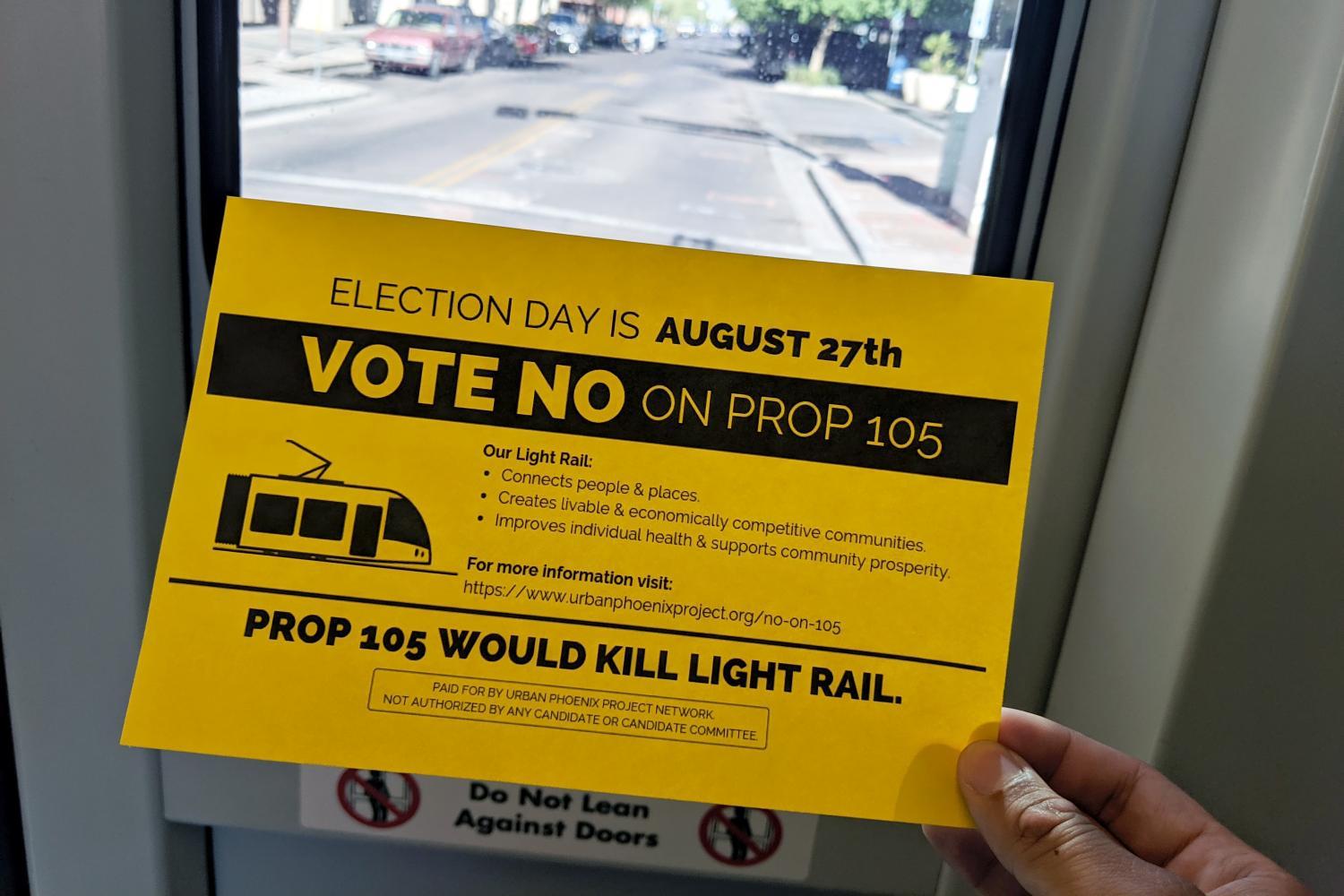 The Federal Transit Administration is allocating an initial $100 million to the extension. The project includes 5.5 miles of new rail lines connecting downtown Phoenix to the South Mountain Village area.

Light rail has been a hot topic among Arizona policymakers, with Proposition 105 on the ballot. A vote for the measure would direct funds to other transportation needs and stop light rail expansions like this one.

Valley Metro CEO Scott Smith says that if voters approve Prop 105, Phoenix would lose this and other project-specific federal funding. Smith joined The Show to talk about the announcement.