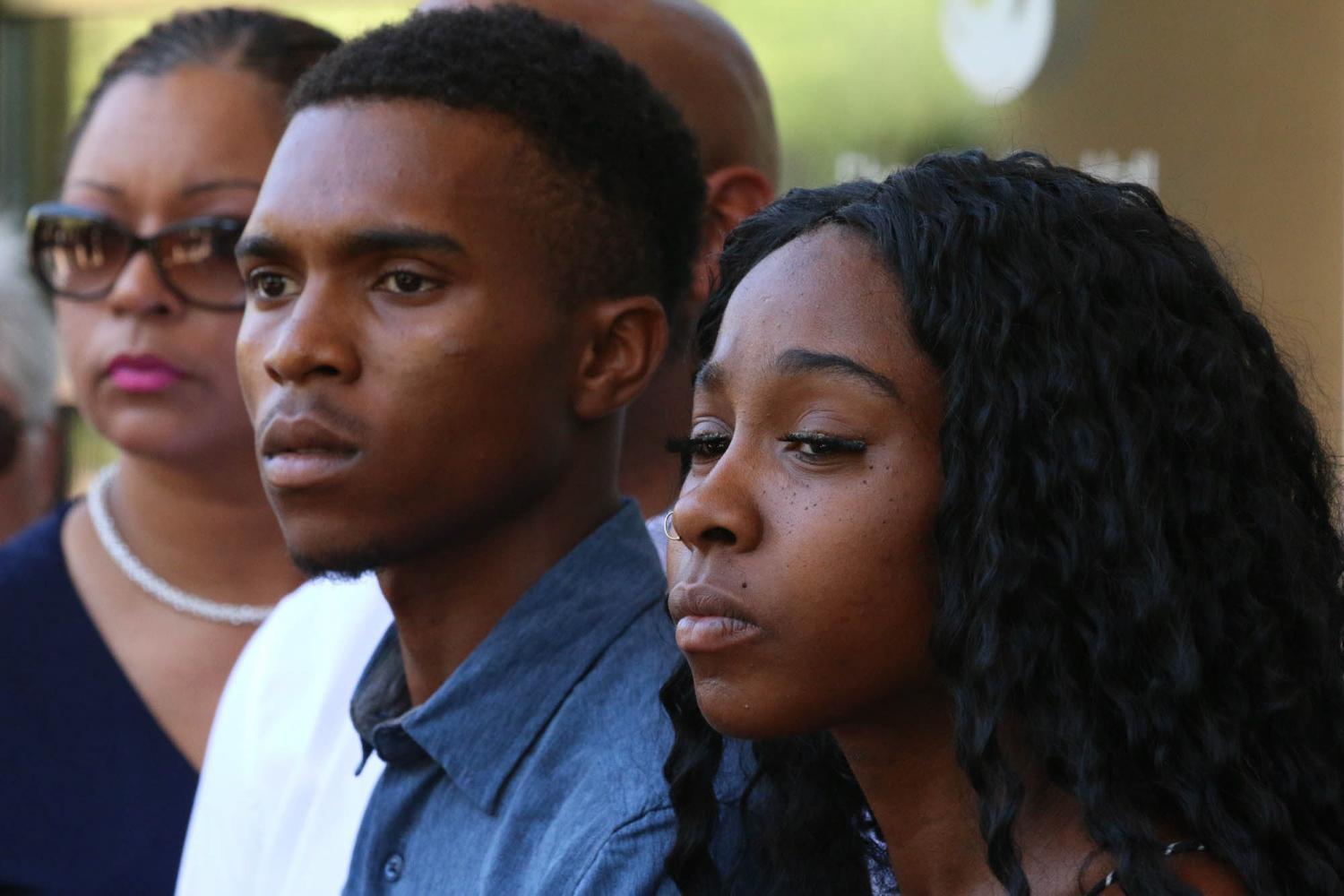 The Phoenix family says their rights were violated when officers pointed guns and profanely shouted commands during an incident with officers last week.

Harper said Monday at a press conference that the ordeal has left her children frightened. “My daughter is terrified to this day of the police, wet the bed. She wakes up in the middle of the night crying. My 1-year-old is so attached to me, I literally can’t go nowhere without her,” Harper said.

Phoenix police Chief Jeri Williams apologized to the family and said an investigation into the incident — a portion of which was recorded by bystanders and went viral — is underway.

But she cautioned that a theft was committed by individuals who ran out of the store, got in a vehicle and fled from officers.

“So, we need to let the internal process play out. This investigation is a priority. I’ve assigned two employees from other duties specifically just to look at this to get this investigation done," Williams said.

Williams said officers involved in the incident have been temporarily reassigned to non-enforcement duties.